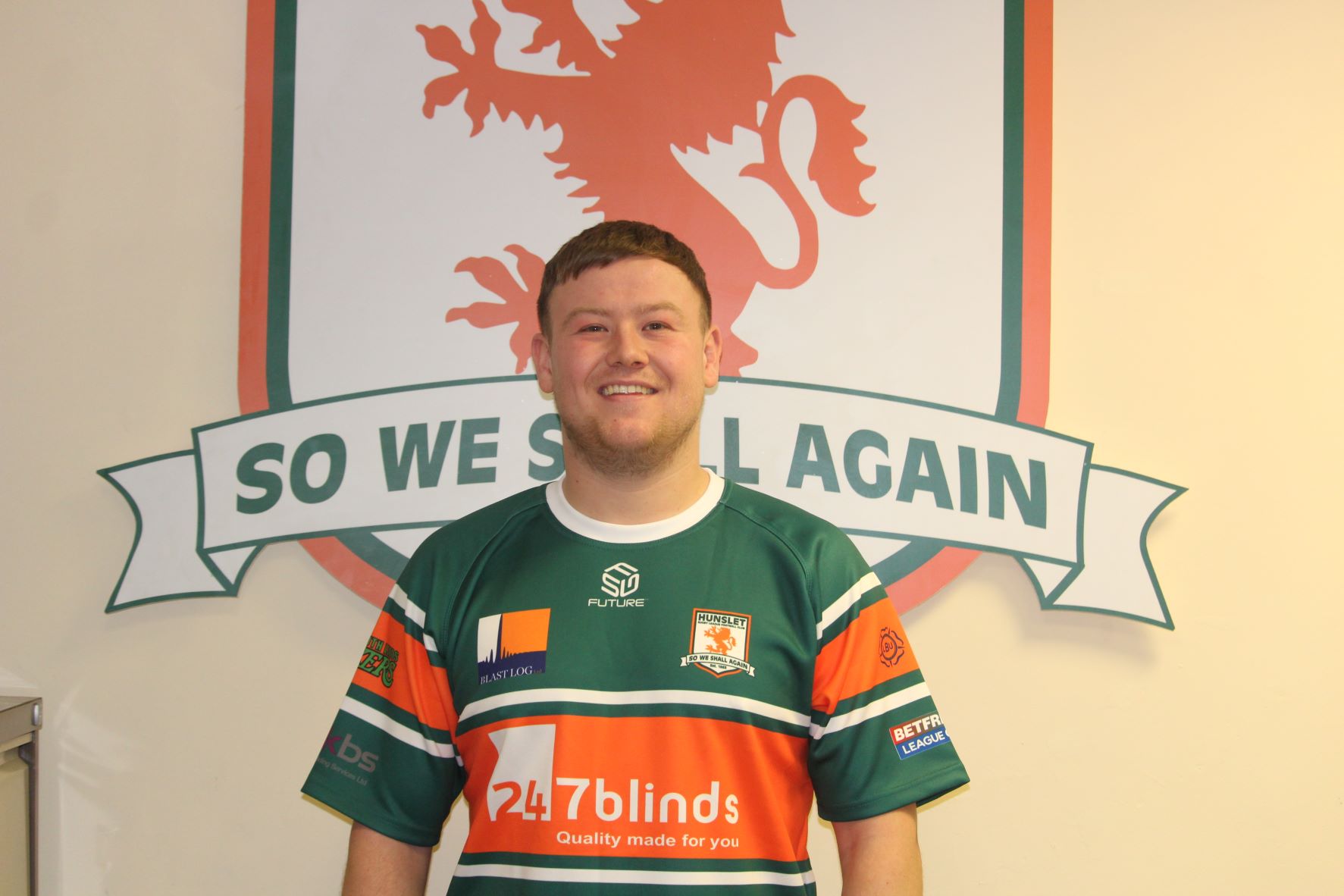 HUNSLET’s `Welsh connection’ has been further strengthened with the signing of Fraser Stroud.

Stroud, who was born in Newport, is a student at Leeds Beckett University, lives in Headingley, and becoming a Parksider is a perfect fit for him.

He said: “I was trying to find a professional club locally when Hunslet’s head coach Alan Kilshaw approached me shortly before Christmas.

“It didn’t take any thinking about, really. Hunslet have been going for a very long time and are well-known and highly respected as a supporter-run family club.

“My old West Wales teammates Charley and Rowley had already joined Hunslet so I already knew a couple of lads at the South Leeds Stadium, and both spoke very highly of the environment, about how they’d been given a warm welcome, and about the excellent coaching they’re getting. So it was a very easy decision.”

Stroud is on board at Hunslet with several years of Rugby League experience under his belt. Having played rugby union as a youngster he joined the leading Welsh amateur outfit Torfaen Tigers at 16 or 17 and immediately took to the 13-a-side code. West Wales soon snapped him up and, while with the Raiders, he enjoyed a loan spell at Halifax, following his move to Leeds Beckett University. He also excelled with the latter’s crack Student side before returning to West Wales.

He reflected: “I’ve had so many people who have helped me along the way, in League and in union, but I have to make special mention of Paul Fletcher and Paul Cook at Leeds Beckett. They both taught me a lot and, being old school, that including some good and pertinent advice for a young player.

“My best memory is of playing for Wales in the Student World Cup in Australia in 2018. That was fantastic, as was being given a first team opportunity at Halifax. It meant a lot, running out alongside some very experienced players and, even though it was in pre-season friendlies ahead of the 2020 campaign – which, as we all know, was abandoned as the coronavirus pandemic hit – I felt that I’d arrived in Rugby League. That feeling’s continuing with my joining Hunslet.

“Rowland, Charley and I were in the very depleted West Wales team that lost 82-6 at the South Leeds Stadium towards the end of last season and what I remember vividly is the respect we were shown by Hunslet’s players and coaching staff. And, perhaps above all, the Parksiders’ fans were great. We didn’t have many Raiders supporters here that day but the home crowd were appreciative of how we’d all kept on going in very difficult circumstances. It’s often in defeats like that you find out about people, and you find out about yourself. It’s good to see that Rowland’s and Charley’s efforts – and mine – were recognised, and we’re all now going to give everything in Hunslet’s cause.”

Fraser Stroud has joined Hunslet on a one-year deal; on the signing Head Coach, Alan Kilshaw said, “We are pleased to bring Frazer into the group he will provide competiton in the halves an area we were quite light in so we had to bringing someone in that postion as a priorty but it had to be someone who was a good fit for the club Frazer’s performances for Leeds Beckett alerted our attention and were happy to welcome him on board.”