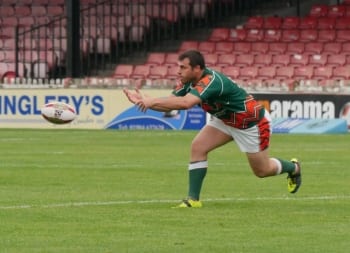 Hunslet Hawks are delighted to announce that star hooker Jack Lee has today agreed a two-year contract extension with the club.

The deal will mean that Jack will remain at the South Leeds Stadium until the end of the 2018 season.

Jack who is sponsored by L G I Autos, originally joined the club from York City Knights on a two year contract in 2015. He arrived in South Leeds with a big reputation after being awarded the Championship 1 player of the year award at the end of the 2014 season, and he didn’t disappoint, as he went on to be our leading try scorer in 2015 scoring 13 tries.

Jack has made 46 appearances for the club in his spell at the South Leeds Stadium scoring 20 tries.

Director of Rugby Darren Williams said “I am delighted that Jack has committed his future to the club. He had offers from other clubs for next season, but he has decided to re-sign, stating that the main reason was the culture and feel good factor at the club at present.”

“Jack has been a massive player for us since he joined, and he will play an integral part of the clubs future, as we look to build a squad around him.”

“We are looking forward to seeing him lead us forward for the remainder of the Kingstone Press League 1 Super 8s and for the next two seasons.”