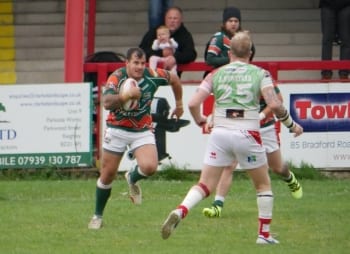 Hunslet Hawks can today announce that utility forward / centre Jake Normington has signed a 12-month contract extension keeping him at the South Leeds Stadium for the 2017 season.

Jake aged 24, graduated through the Leeds Rhinos youth scheme and had a successful spell at Keighley Cougars before originally joining the Hawks in 2013. He left the semi-professional game, returning to his amateur club East Leeds ARLFC before re-signing for the Hawks at the start of the 2016 season.

Jake who is sponsored by Grayson Fabrications has been a standout performer both in the centre and second row this term making 23 appearances scoring 4 tries.

Director of Rugby Darren Williams said “Jake has been a stand out performer since he returned to the professional game from East Leeds. His attitude and commitment have been first class.

“We were keen to move quickly to secure his services for 2017 as see Jake as integral to what we want to achieve next season and beyond.

“He has enjoyed his rugby this year and has been fully focussed and this contract extension is recognition of the year he has had.”

Jake commented “There was never any doubt in my mind where i wanted to play my rugby next season.

“This year has been a bit disappointing in terms of what we have achieved, but we have shown some really positive stuff as a squad.

“After speaking to the lads and seeing who was staying for next season, there was never any other option than to stay.

“To be accepted into a professional squad after playing amateur for the last few years, was daunting for me, but the lads made me feel welcome from day one, and it felt like i have never been away from the semi-pro game.

“Add to that the incredible back room staff and the best fans in the competition, i can’t wait to see what the next 12 month has in store for us as a club.”