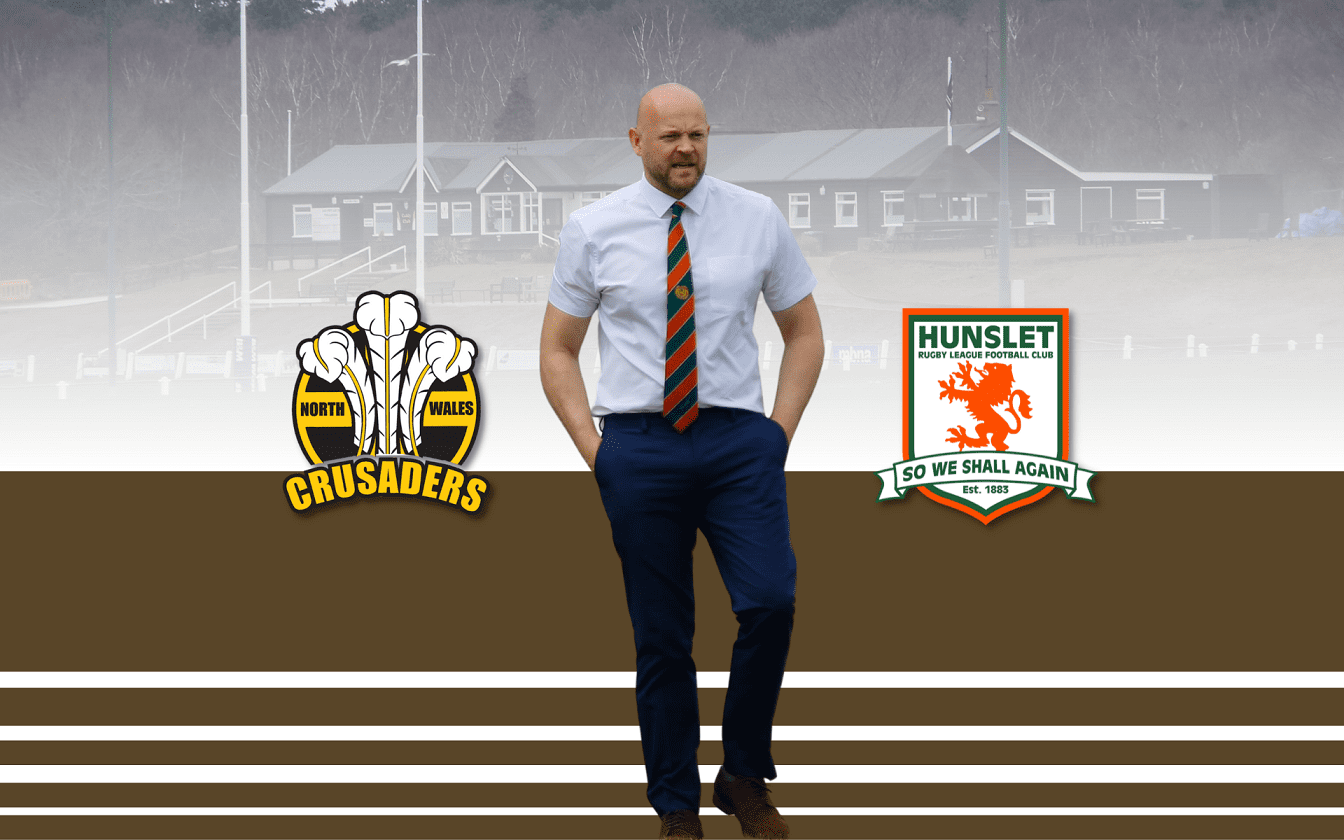 HUNSLET Rugby League club, after having convincingly won each of their three previous games in 2022, tumbled out of the Betfred Challenge Cup with a 30-8 fourth round defeat at the hands of fellow Betfred League 1 outfit North Wales Crusaders, who staged the tie at Caldy RUFC, on the Wirrall, as their own ground at the Eirias Stadium, Colwyn Bay, was unavailable.

The Parksiders conceded an early try to Jordy Gibson, who went on to score a hat-trick – with Alex Eckley also dotting down in the opening quarter – and, despite notching touchdowns by Jason Mossop and Jack Render to reduce the interval deficit to 18-8, were unable to seriously force their way back into the contest, the Crusaders’ Callum Hazzard claiming the clincher ten minutes from time and Brad Billsborough booting five goals from as many attempts.

Hunslet’s head coach Alan Kilshaw said: “Some elements of our performance were understandable, but others were disappointing.

“We were quite flat and we lacked energy, which was understandable up to a point as we’re in a high-volume part of our pre-season. But what was certainly disappointing was that North Wales ran harder and tackled harder than we did. And our set-starts and set-ends were really poor.”

He continued: “We’d wrestled our way back into the game at 18-8 at the break but we didn’t make use of the wind in the second half, when our kicking was poor and we didn’t attempt any 40-20s. And we didn’t adapt to their bigger pitch.

“For all that, we were still in the contest until the closing stages, but we didn’t deserve to win. Having said that, we prepared to win – we certainly didn’t want to come back to the South Leeds Stadium on the back of a first defeat of 2022 – and we have to get used to taking our home form into our travels. The focus, now, is on a month of solid work ahead of the Betfred League 1 campaign.

`Killer’ concluded: “Centre Jack Render had an outstanding game in attack and in defence, with some tough carries, and also scored a try. Prop Ethan O’Hanlon went well off the bench, and Jordan Paga impressed again, despite playing out of position on the wing. Matty Stableford put in a solid 80 minutes at loose-forward, but few others impressed.

“Paga injured an ankle but should be fine after a couple of weeks, while second row Josh Jordan-Roberts is having a minor operation this week, to remove fluid from his knee.”

The Parksiders’ Betfred League 1 season launches on Saturday 26 March, with a trip to London Skolars.