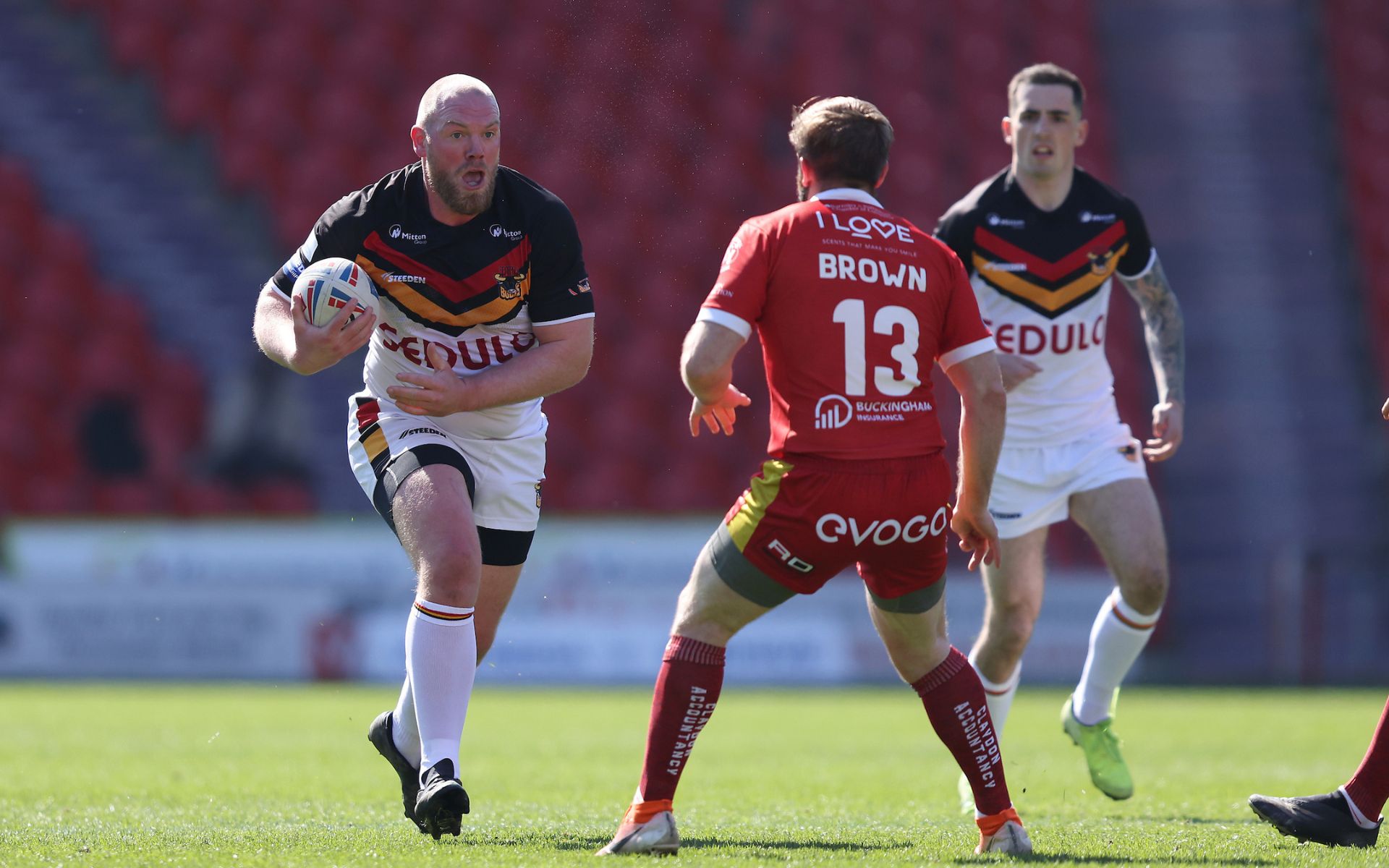 Steve Crossley has been named as Hunslet’s captain.

The 32-year-old prop is renowned throughout Rugby League for leading from the front, on and off the field, and has already made a big impression since joining the Parksiders from Bradford Bulls last month.

Loose forward Michael Knowles, 35, who was snapped up from Dewsbury in October, is joint vice-captain alongside talismanic fullback Jimmy Watson, who will be enjoying a well-deserved testimonial year in 2023.

Head coach Alan Kilshaw has included three more players in his leadership group in the build-up to the Betfred League One campaign. The trio are 25-year-old prop Harvey Hallas, who scooped a clean sweep of club awards last season, and hooker or loose forward Sam Hallas (26 and no relation) who is the south Leeds outfit’s most recent acquisition, together with 23-year-old halfback Jake Sweeting, who is now fully contracted at Hunslet after having been on loan from Dewsbury in the 2022 campaign.

Kilshaw said: “Steve has had a huge impact already in training, with his enthusiasm and communication skills, is highly respected here and throughout the game, and is a natural choice for the role. We have several other players who also have similar qualities, and I think it’s important to have a leadership group in place. I’ve stressed to the whole squad, however, that it’s not about `hierarchy’ in any way. I want the rest of the lads to feel ready and able to also make positive contributions and to step forward with their ideas, which will be welcome. In addition, they can speak to anyone in the leadership group on matters that they might not feel entirely comfortable about raising with the coaching staff.”