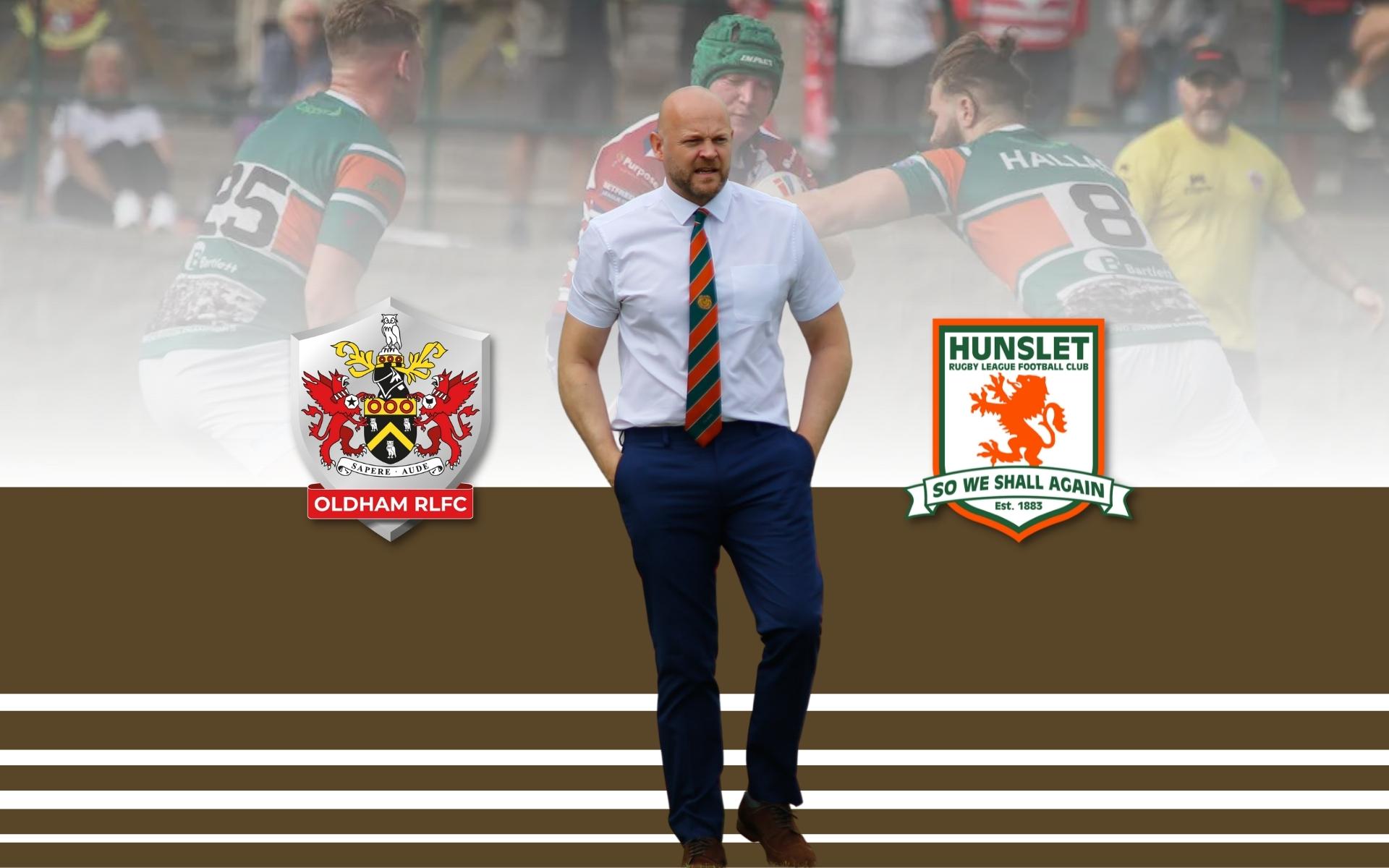 HUNSLET’S season came to an end on Sunday with a 30-18 reverse at Oldham in a game in which the prize for the victor was a place in Rugby League’s Betfred League One play-offs.

Head coach Alan Kilshaw said: “It typified our season. At 10-0 up we should have got over the line but Jacob Doyle and Jordan Page were unable to take try-scoring opportunities which would in all probability have finished the contest.

“Oldham got back into the game with a 40-20, Paga then dropped a bomb, and the Roughyeds capitalised. We were then denied a try by Matt Beharrell, when the referee ruled he touched down on the wrong line on a pitch which is also used for soccer, so there are extra markings. We would otherwise have been 16-6 up at half-time while, as far as the contest as a whole is concerned, we were in control for most of the 80 minutes, but they pulled off a couple of interception tries. Those scores obviously had a big impact including the last, when we were only 24-18 behind and chasing the converted try that would have been enough to secure the draw that would have earned us a place in the play-offs.”

He reflected: “We haven’t had much fortune this season, very few calls if any have gone our way and we’ve certainly missed injured senior players such as Duane Straugheir and Jimmy Watson. That’s been particularly important regarding rotation, when younger players coming on haven’t had the benefit of such experienced men alongside them.

“It’s frustrating to have missed out on the play-offs on points’ difference but ultimately we didn’t make the cut because of the home defeat on Good Friday at the hands of champions Keighley, who only prevailed through a try in the closing seconds which involved a clear forward pass. That decision enabled them to close the campaign with a 100 per cent winning record, and left us missing out on the play-offs. And we beat Keighley in the Challenge Cup, of course, which is another indicator of our residual quality.”

Wholesale injuries, however, thwarted Hunslet’s ambitions and `Killer’ admitted: “We’ve been pretty bust over the last few weeks, with a lengthy list of `walking wounded’. Because of that we’ve lacked experience, strength and speed. Three successive games cost us – our home match against London Skolars, which we won, but in which season-ending injuries were sustained by Jimmy Watson and Duane Straugheir, and the following week we were at North Wales Crusaders, in a match which we also should have won, but we missed out through a late try. And that was followed by the home defeat by Midlands Hurricanes, when we lacked eleven regulars. I believe that things would have been quite different if we had won at Crusaders, we seemed to lose momentum after that.

“But we’re already rebuilding for 2023 and beyond. I’m full of optimism for next season after what has in effect been a period of transition, with several key players being retained and some new acquisitions, on and off the field including local men, to be announced shortly. We’ll have a much better campaign next time up!”