King aiming to kick on at Hunslet 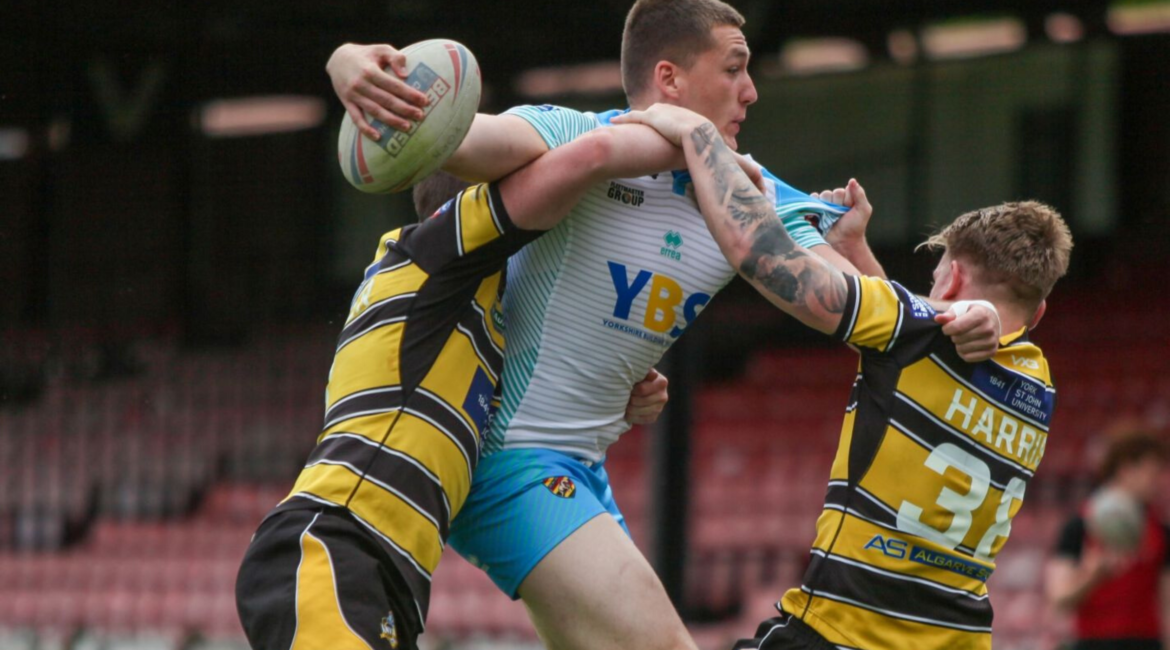 Hunslet’s ambitions of making a real impact on next season’s Betfred League 1 title chase have been given a further boost with the signing of dynamic second row Danny King on a one-year deal.

The 22-year-old, who is sponsored by Ozone Cooling Solutions Ltd, was formerly with Dewsbury and has opted for the Parksiders despite interest from a number of Championship clubs. And – as with Harvey Hallas, who has also switched to the South Leeds Stadium from the Rams – he is hungry for regular rugby, with something of a point to prove after limited appearances with Dewsbury last season.

The Meltham All Blacks product, who also spent time with Saddleworth Rangers, had stints with Widnes Vikings Academy and Bradford Bulls before joined the Rams.

He admitted: “I’m looking for more game-time, and Hunslet coach Gary Thornton is willing to give me the chance of more regular rugby.

“I’ve spoken to other players who have been at Hunslet, or who know about the club, and everyone speaks very well of them. It was a no-brainer to sign on, really.

“I’m a hard-grafting second-row or loose forward with good hands, and I think what I also bring to the game is the ability to do the little things right, the things that can maybe go unnoticed, the one-per centers.

“I can only improve with more rugby under my belt – I’m delighted to be here, and there’s a strong feeling that Hunslet will be pushing hard for promotion.”

Thornton said: “Danny is another young forward who has the potential to make a real impact in League 1.

“Last year was his first season out of Academy football, that’s always a tough transition and a big part of a player’s development.

“Like Harvey Hallas, his game-time was limited at Dewsbury, and he had a spell on loan at York.

“We got the opportunity to sign him following his release, amid interest from other Championship clubs, and I’m delighted he chose us.

“Danny offers us something a little different in attack, his tall rangy running style leads to a great offload game, and I’m looking forward to seeing him in action.

“He is adaptable too and can play back row and middle unit, so gives us the flexibility we need within a small squad.

“This is Danny’s second season out of Academy football and I’m sure he will have learnt a lot last year that will make him a better player this season.”