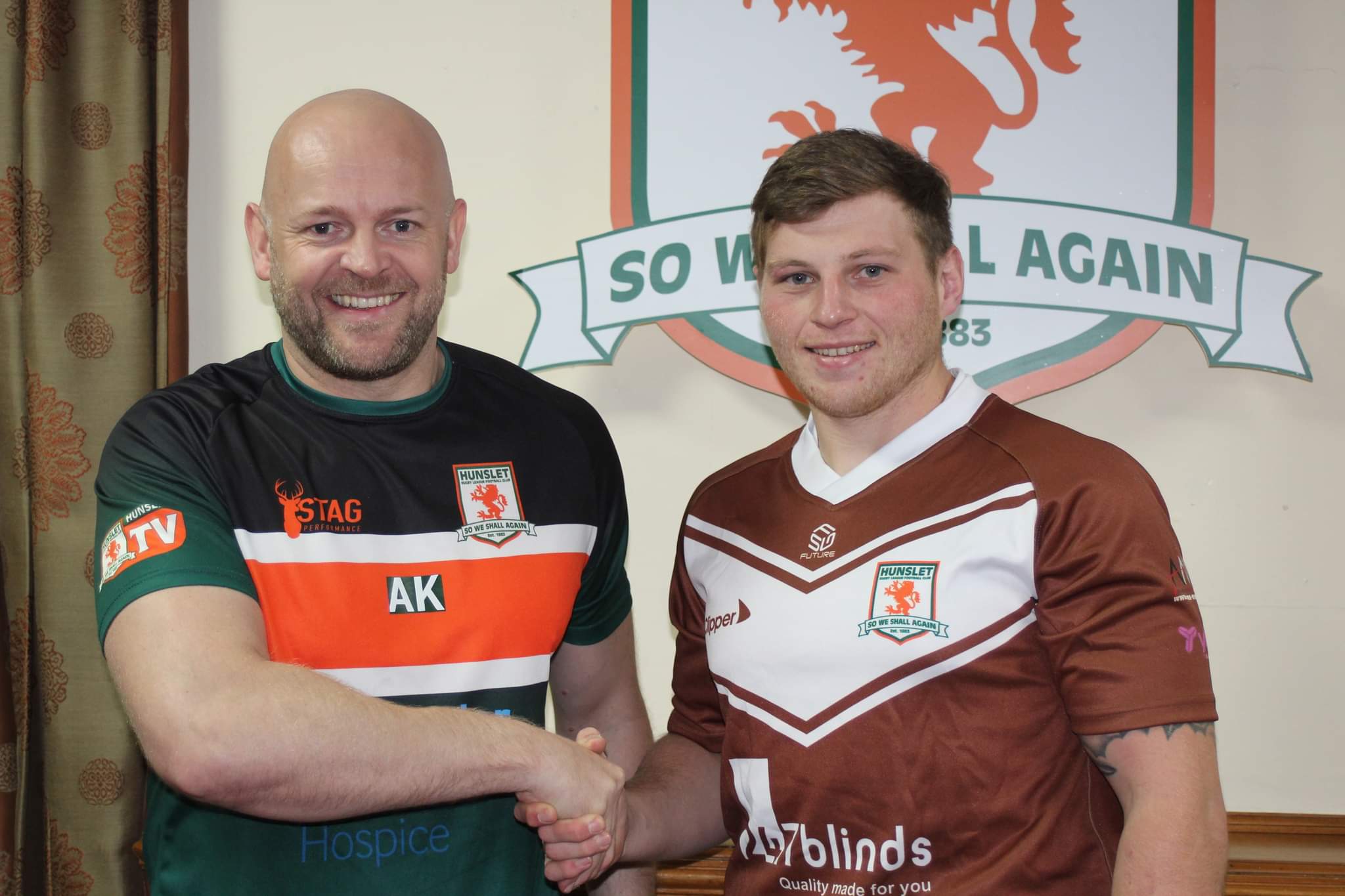 The presence of Alan Kilshaw as head coach was a key factor in persuading Jordan Syme to join Hunslet from Rochdale.

The 24-year-old loose forward, who is 5ft 11in tall and weighs in at 15 stones, said after agreeing a one-year deal: “I spent a while on loan from Halifax at Rochdale, when Alan was Hornets’ coach, and I really enjoyed playing under him.

“That made the decision to sign for the Parksiders an easy one, and I’m now looking forward to a new challenge, and more game-time.”

A product of Halifax outfit’s King Cross Park and Siddal, he added: “My aim is to play in the Championship with Hunslet; it’s a new challenge for me and I’m relishing playing in a young side next season.”

Kilshaw said: “Jordan is a great person with a great attitude. Having coached him previously I know what an honest performer he has been at Championship level in the past.

“I want him to play at loose forward and develop his game in the middle. He has a good passing game and running game and he’s a smart player.

He added: “He has played back-row, centre and stand-off in the past but I’m wanting him to hold down the 13 shirt and be a top performer in Betfred League 1.”