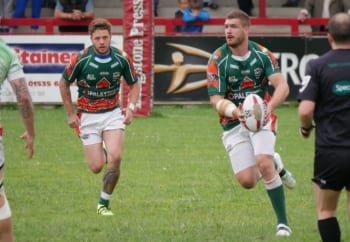 Hunslet Hawks can today announce that prop forward Lewis Reed has signed a 12-month contract extension keeping him at the South Leeds Stadium for the 2017 season.

Lewis is a product of the Bradford Bulls youth system having spent four years there before joining Keighley Cougars. He signed for the Hawks in 2014 and went on to make 20 appearances in his debut season scoring a solitary try.

Reed who is sponsored by Yorkshire Signs has made 21 appearances this year scoring 6 tries, and has really cemented his place in the front row.

Director of Rugby Darren Williams said “Lewis was another player we earmarked as key to retain. He is the type of character we want to build the team around for the next few years.”

“This season the improvements in his game have been immense and its the first season he has really established himself as a first team regular.

“He’s still not the finished article, and by his own admission there are plenty more areas where he can improve further.

“His excellent form this season had been noted by rival clubs, so to be able to retain him is a real boost as we plan for the 2017 campaign.”