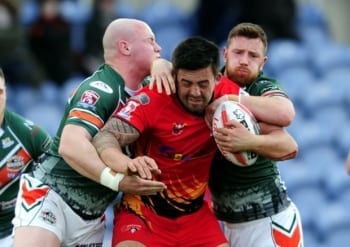 Mackay 25 signed from Featherstone Rovers in 2013 and has been a consistent performer for the Hawks over his 2 seasons at the club.

He made 25 appearances in 2015 scoring 5 tries and is a highly respected member of the Hawks squad.

Director of Rugby Darren Williams said “Liam is well respected amongst his own team mates and it was key that we retained his services for 2016. His performances in the championship were outstanding and his work rate is second to none. He regularly tops the stats and his retention for 2016 was a priority for the club.”