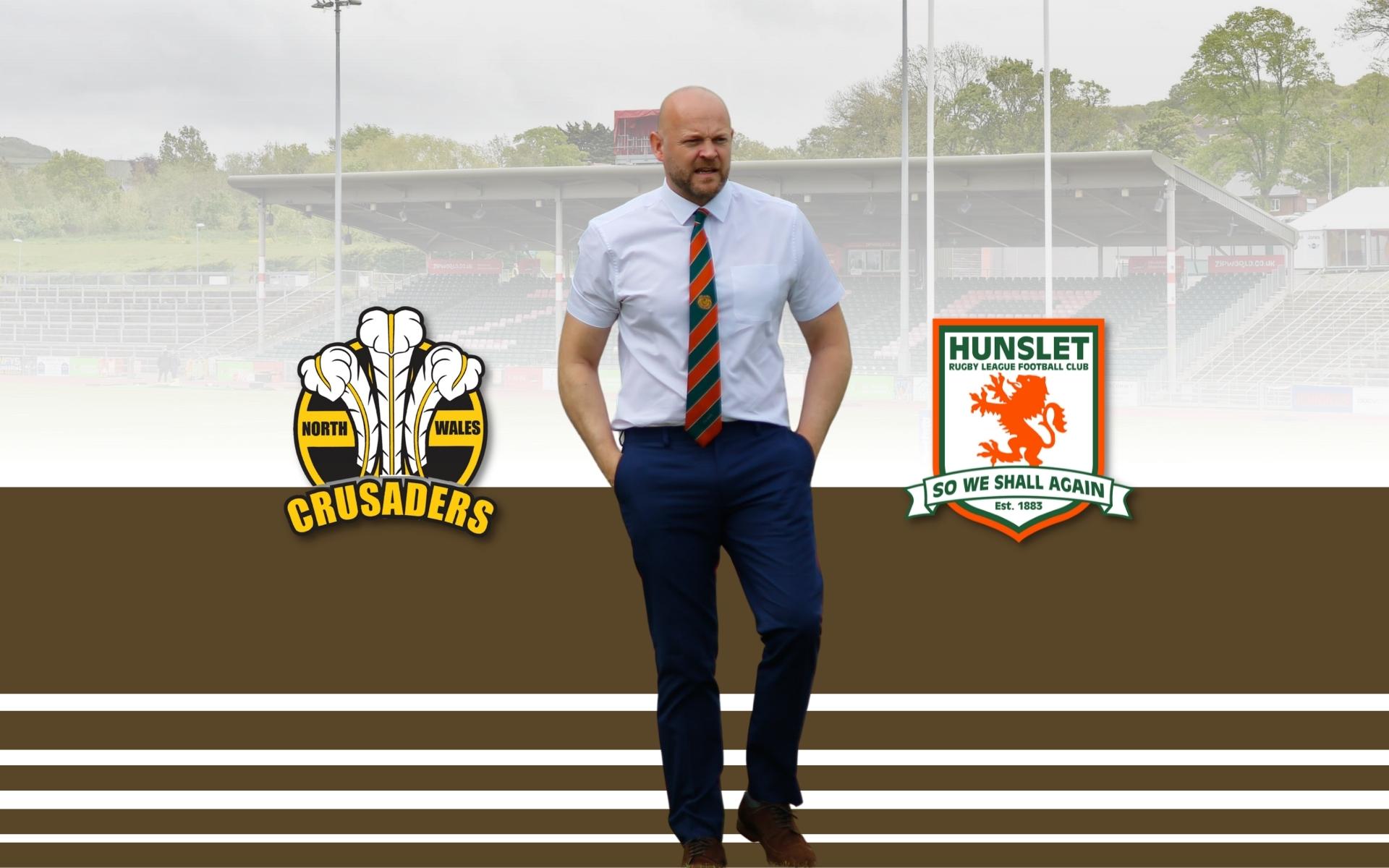 Head coach Alan Kilshaw, whose depleted side slipped to a 36-26 reverse at a strong North Wales Crusaders on Saturday, was nevertheless able to take plenty of positives from a defeat in which speedy young winger Mackenzie Turner claimed a hat-trick.

The Parksiders, who lacked nine regulars ahead of the Betfred League 1 clash, were 26-24 ahead with ten minutes left, but conceded two converted tries – the last in the closing seconds – as a three-match winning run came to an end.

Killer’s side had led 8-0 in the early stages through a Macauley Hallett brace, and were 20-12 ahead at the interval after Turner had scored two long range tries, both of which Matty Beharrell improved.

North Wales then went four points up, but – after Harvey Hallas had had a try ruled out, the Parksiders instead being given a penalty – Hunslet reclaimed the lead with Turner’s third try and Beharrell’s third goal.

The Crusaders, though, prevailed through late touchdowns for Brad Brennan and Reece Briers.

Kilshaw reflected: “We had a difficult week, and lacked nine players on the day, including fullback Jimmy Watson and captain Duane Straugheir, whose seasons are over through injury, together with back-three men Wayne Reittie, Jacob Doyle and Jack Render (who suffered a whiplash injury in training when a tackle shield somehow came back at him). Those three all make valuable yards coming out of defence and we did miss that aspect, despite Mackenzie Turner and Josh Milthorpe, who are different types of wingers, impressing.

“The injury to Render caused complications over selection as regulations allow no more than five loan players to be picked. That meant, as we’re short of wingers, that a tough choice had to be made and hooker Oli Burton missed out. We were already without Pat `Patch’ Walker, Kieran Moran and the suspended Josh Jordan-Roberts, while Jordan Paga, who was sick on the Friday evening and on the day of the game, still put in a great stint at fullback and deserves huge credit for that.”

He continued: “I was disappointed that we didn’t quite follow the game plan, while our defence wasn’t up to its usual standard. Having said that, we were a bit fortunate to be 20-12 in front at half-time, while North Wales, as we’d expected, started the second half with a wave. Ultimately, though, we were in a winning position, and we have to be better at seeing games out; we kicked out on the full and, after having got the ball back, lost possession. If we are to challenge for promotion – and we’ve shown this season we can compete with all the sides in the top 6 – we have to better in the `heat’ of a game, and more able to absorb pressure.

“There are still plenty of positives to come out of it, however, and we’ll obviously be working hard at getting back to winning ways on Friday, when we entertain Midlands Hurricanes. And our blank week the following week will give our injured players, including Harvey Hallas, who suffered concussion against the Crusaders, more chance to recover. Oli Burton, meanwhile, will be back for Friday while we’re hopeful on Jack Render.”