Mvududu the latest new recruit for 2015 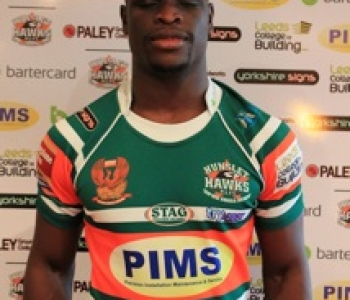 Mvududu joined the Skolars from Featherstone Rovers for the 2014 season and made an immediate impact finishing the season their leading try scorer with 12 touchdowns.

Director of Rugby Darren Williams said “Mufaro first came on my radar when he made his Featherstone debut as a teenager against us a couple of years ago. He is a strong ball carrier who looks a real athlete and he’s had a very good season down at the Skolars. He scored 2 great tries against us recently in the Friday Night Lights clash at Enfield. He’s settled into the centre position this season after featuring in the back row at Rovers and lives in Wakefield so the move suits both parties really well.

Meanwhile Williams revealed that the club has signed 12 month contract extensions with Jimmy Watson & Danny Ansell adding “Jimmy has had a tremendous season and deserved to be in the end of season award nominations in my opinion while Danny has matured alot this season in a key role and is probably our most improved player.”