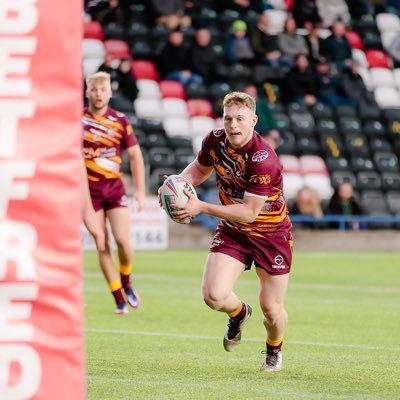 `Killer’ has brought in 20-year-old hooker Oli Burton from Batley Bulldogs in a season-long arrangement.

Burton, a former England and Leeds Rhinos Academy player, is the son of former Hunslet man  Danny Burton, who spent the 2003 season at the South Leeds Stadium. He is also the great-great-nephew of John Culley whose grandson, Brian Culley, who never misses reunions of the Hunslet RL Ex-Parkside Former Players Association (arguably the most exclusive organisation in sport, anywhere in the world) also proudly presents the prestigious Culley Cup annually at what is one of the biggest schools competitions in the city of Leeds.

Oli Burton has been snapped up following a shoulder injury sustained by Cam Berry in the Betfred League 1 clash with Keighley on Good Friday.

Kilshaw said: “We have been looking at adding depth and options at hooker and with Cam facing a month on the sidelines negotiations have been accelerated this week.

“We wanted to bring Oli in last season but he had been great for the Bulldogs. However, with Alistair Leak and Ben Kaye in front of him he has had limited game time at Mount Pleasant, so we’re happy to get him playing, and we are grateful to Batley’s Craig Lingard and Paul Harrison for their support in agreeing the loan, which includes a recall option .”

He added: “Oli’s got a lot of family history with the club, with his dad having played for Hunslet, and there are plenty of familiar faces for him already in our squad.

“We have had a bit of a busy month bringing in signings and we will now work hard to settle them all in and aim for a strong settled 17 going into what will be a big month for us.”

The Parksiders, who featured three new loan signings (Connor Moore, Cole Oakley and Daniel Okoro) against Keighley, and who snapped up Jacob Doyle earlier this week from Featherstone Rovers, are without a game this weekend. Their next outing is the Betfred League 1 fixture at Midlands Hurricanes on Sunday 1 May.