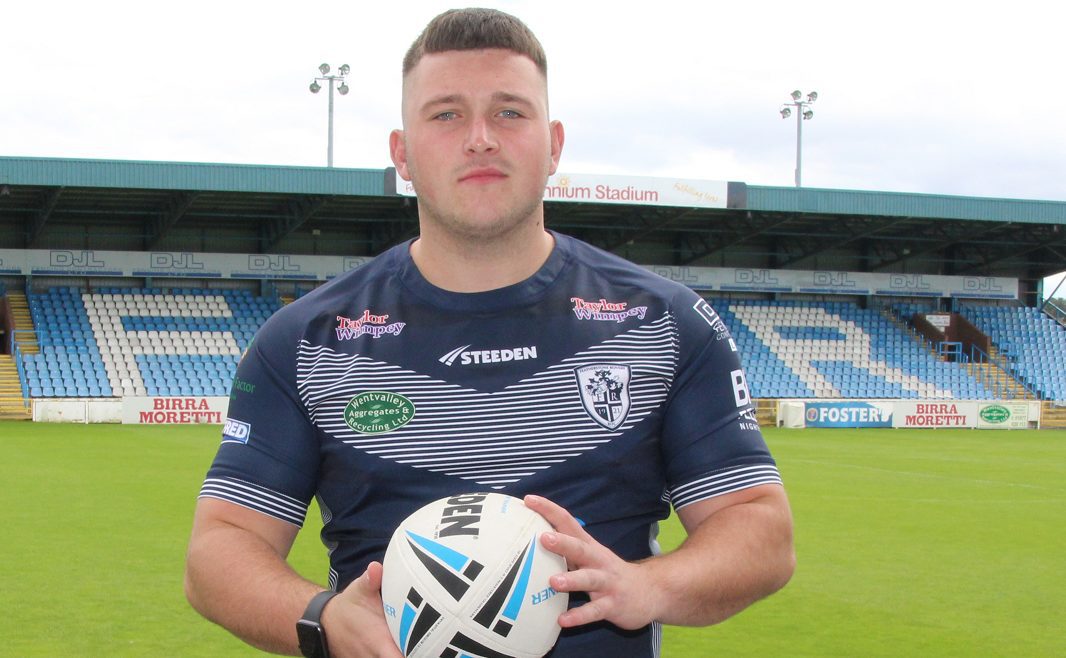 Joe Summers, a back-row or front-row forward, has joined the Parksiders from Featherstone Rovers, for whom he featured in this month’s memorable AB Sundecks 1895 Cup Final victory over York City Knights at Wembley.

The 21-year-old, who is a product of Castleford Academy, has been snapped up by Hunslet coach Alan Kilshaw as a ready-made replacement for second row Brad Hey, who injured an ankle in last Sunday’s Betfred League 1 draw with Keighley Cougars.

Meanwhile fullback Lewis Young, 26, who recently joined Hunslet from Newcastle Thunder on a short-term arrangement, will now remain at the South Leeds Stadium until the close of the campaign.

“Even before last Sunday I thought we were a little light in the back row and Brad’s injury only escalated our need to strengthen the squad,” said Kilshaw.

“Joe comes with some big raps. He reminds me a lot of the young Joe Philbin, with whom I’ve worked. He will add depth to that area, and he is a great strike option on the edges. We’re grateful to Ian Hardman and James Webster at Featherstone Rovers for allowing the deal to go through, and for encouraging Joe to get some game-time elsewhere.”

He continued: “Lewis Young is a player I’ve admired for a few seasons now. I tried to sign him several times when I was at Rochdale Hornets and he once told me he was going to Australia – only to stay with Newcastle!

“I will forgive him if he can perform to his potential with us to the end of the season. He is a real quality player, and I want to thank our director Peter Jarvis, who has been instrumental in getting this deal done with Denis Betts over the last couple of weeks.”

Kilshaw concluded: “With these signings – following quickly on those of Reece Chapman-Smith and Harvey Whiteley – we are back up to a decent number of players. With others to return, our supporters can look forward to a strong back-end to the season.”