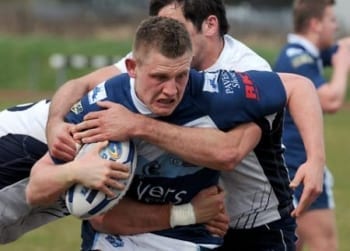 Hunslet Hawks RLFC can today announce that forward Jack Pickles has joined the club from York City Knights signing a 1 year contract for 2016. Pickles 23 joined the Knights in 2013 and is a front row forward that can also play at the base of the scrum.

Director of Rugby Darren Williams said “Jack is another local lad who has developed playing a number of first team games at a very good standard over the last few years.

We’re delighted to give him this opportunity to progress his career and make himself a permanent fixture in our plans for 2016 and beyond.

He will fit well into our structures and how we like to play and he is already familiar with a number of our current players. He’s looking forward to a fresh challenge and excited about the season ahead.”