Powerful Hunslet too strong for Rhinos 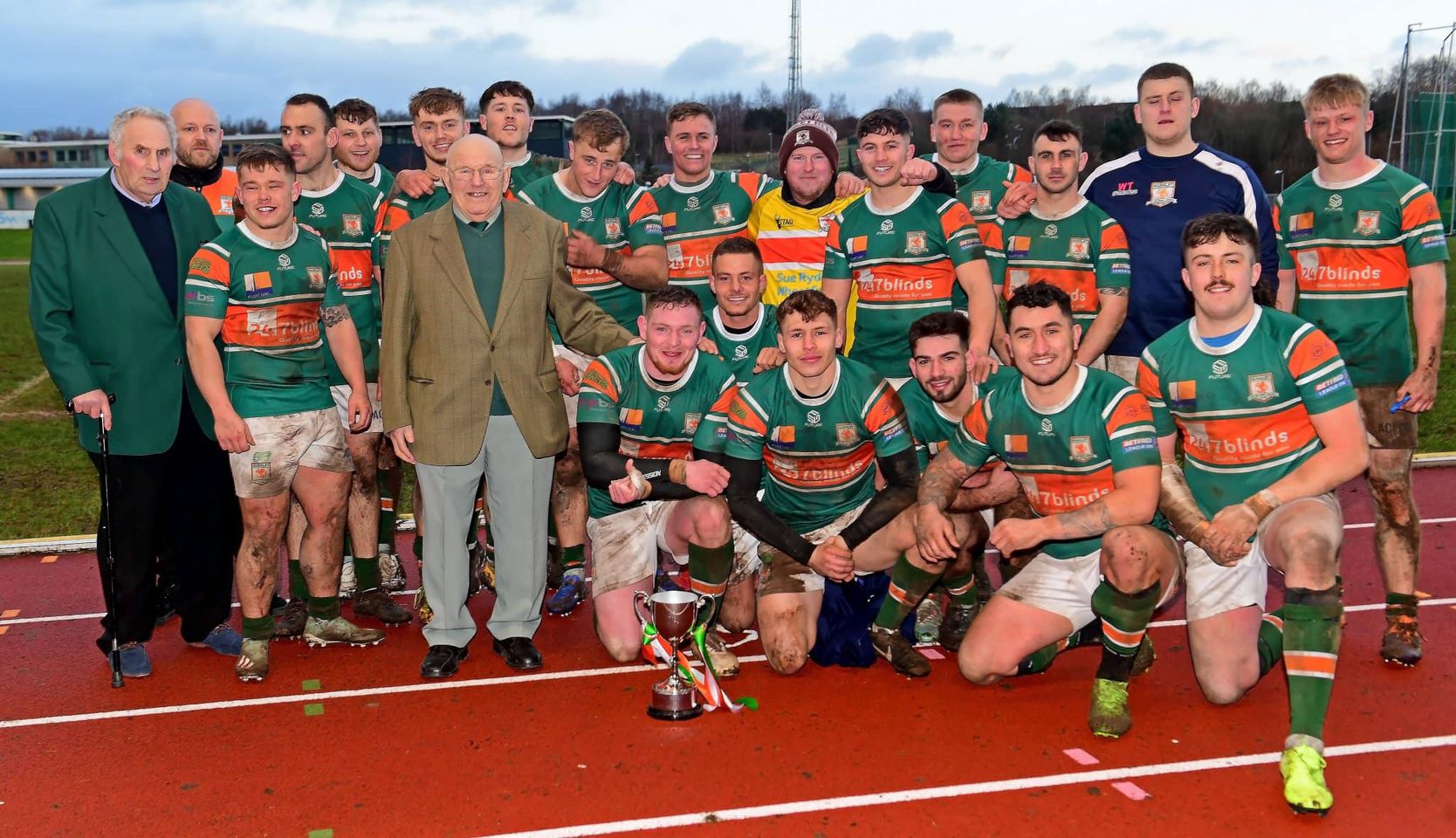 Hunslet retained the Harry Jepson OBE Memorial trophy for the fourth time in succession with a convincing 34-6 victory over a young Leeds Rhinos side at the South Leeds Stadium.

After last week’s Challenge Cup victory over Keighley Cougars coach Alan ‘Killer’ Kilshaw took the opportunity to play the remaining members of his squad that did not get a run out last Sunday, as well as a Trialist and the returning favourite Joe Sanderson.

In atrocious wind and rain Leeds had the better of the early exchanges, especially after they benefitted from a deflected Hunslet kick. Loui McConnell sold a dummy and touched down under the posts, giving Jack Sinfield an easy conversion in front of his watching father Kevin. 0-6

More Leeds pressure looked like they would extend their lead, but good Hunslet defence and mishandling at crucial times costs the visitors and slowly Hunslet started to get some good possession.

Dom Horn was held up over the line for Hunslet and repeated sets brought the best out of the Leeds defence. Respite came when a Leeds drop out was caught by the wind and completely foxed the Hunslet players to find touch.

David Gibbon’s high kick was too much for the Leeds full-back and the resulting pressure saw Hunslet again held up over the Rhinos line, but on 25 minutes the hosts shifted the ball quickly in the pouring rain and stand in centre Charley Bodman squeezed out a pass to Kiedan Hartley who nipped over in the corner. 4-6

The Parksiders now were on top, and the rampaging Horn looked to again be held up, but he leaked out a ball to the supporting Rian Rowley who touched down under the sticks. 10-6

The Hunslet forwards were now coming into their own, Ethan O’Hanlon went on a barnstorming run not for the last time and Hunslet became camped in the Leeds 25. David Gibbons went close after selling a dummy, but it was Harvey Whiteley who got the ‘Half time try’ after Leeds had been penalised for turning in the tackle.

With Jack Mallinson’s conversion Hunslet lead 16-6 at the break after an entertaining first half.

Same as last week Hunslet came out strong in the second half and were straight on the attack. But a fumbled pass let Leeds break down field completely changing the momentum.

Hunslet welcomed back an old favourite in Joe Sanderson, who re-joined the Parksiders from Drighlington, and it was Sanderson who saved a certain try by batting the ball down mid-flight.

Leeds now put some serious pressure on Hunslet’s line as they tried to find a way back into the contest, but Hunslet’s defence was good and on 55 minutes the game was put to bed when David Gibbon’s ball found Liam Carr who dived over by the posts. Mallinson converting to stretch Hunslet’s lead to 22-6.

Leeds’s discipline now let them down and after a series of Hunslet penalties Dean Zammit slipped a neat ball out mid tackle for Jack Mallinson to score, converting his own try. Five minutes later it was Jacob Beer’s turn to register as he was too strong for a tired Leeds defence. 34-6

Leeds came close to a consolation try near the death, but the game ended on a sour note as first Rian Rowley was Sin-binned then David Gibbons sent off for the Myrtle, White and Flames.

At the Full Time hooter though it was Hunslet who celebrated with Josh Jordan-Roberts lifting the Harry Jepson OBE Memorial Trophy to be crowned kings of the city.

Jack Mallinson had an impressive game with a personal haul of 14 points, as did Jordan Paga deputising at full-back. Harvey Whiteley looked dangerous from acting half-back, but it was a forwards day and all Hunslet’s pack went well.

The Man of the Match was shared by Ethan O’Hanlon and Dom Horn, but many players put in a shift. Coach Kilshaw was pleased to blood all his squad in the first two games, and now looks forward to a mouth-watering cup tie at home to Siddal next week live on the BBC.