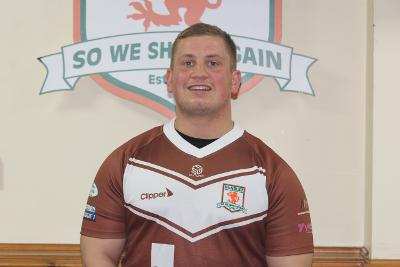 Matty Stableford is the latest local capture by Hunslet’s head coach Alan Kilshaw – and he is keen to make his mark in Betfred League 1 after having impressed with leading National Conference League outfit Oulton Raiders in recent years.

Turning 26 years of age tomorrow the loose forward, who admits to being happy to play anywhere in the pack, also has professional experience with Leeds Rhinos Academy and Bradford Bulls reserves. He said: “I joined the Bulls just before last year’s coronavirus lockdown, which led to Bradford having to wind the side up.

“So I went back to Oulton, where team-mates included such as Harvey Whiteley and Josh Jordan-Roberts, who are both now at Hunslet, so it will be good to team up with them again.

“The NCL is a very good standard but I felt it was time for me to experience a higher level, and I’m looking forward to it.”

He said: “My first goal is to establish myself in the side. I’m not here just to make the numbers up, I aim to play a real part in us getting promotion.

“Hunslet is a very big club, one of the biggest historically, which not everyone seems to be aware of, and it’s great to be on board.”

Like many Oulton lads Stableford, who scooped the Raiders’ 2021 Coaches’ Player of the Year award, pays tribute to the many fine coaches at Raider Park. “Rocky Whitehead, with his Rocky’s Giants, sparked it all off, he instilled the right attitude in all of us at an early age,” he said. “I owe a debt to quite a few others, too, especially Steve Fox and Justin Murray at junior level, while I’ve learned a tremendous amount from Steve Gill and Danny Burton with the Conference team. I’ll be bringing everything they’ve taught me to Hunslet’s cause.”

“We have shown in our recent history that we want to give players at local community clubs opportunities,” said KIlshaw.

“Matty isn’t dissimilar to the lads we have previously given contracts to, he came out of the pro game but kept his standards high and deserves a chance at this level.

“I’m looking forward to working with him. He carries strong and can also play a bit in the middle. And he is a good leader.”