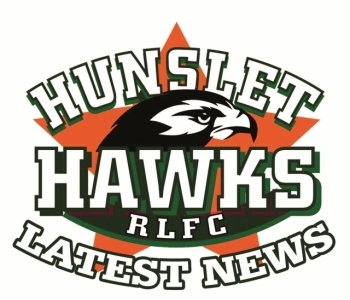 Hunslet Hawks have today received a boost ahead of Sunday’s Grand Final eliminator at York City Knights with the news that Luke Hardbottle, Aaron Lyons, Liam Mackay & Jamaine Akaidere have all agreed contract extensions tying them to the club for the 2015 season.

Director of Rugby Darren Williams said “Both Aaron & Liam joined us for pre season at the back end of 2013 and have been rewarded with another contract following impressive debut seasons at the club. Aaron came to us as an outside back but found a new home firstly playing as a middle and now he’s settled in the back row. Liam has missed just 1 game in 2014 and has earned the right to be our first choice loose forward; he plays long minutes and has an outstanding work rate.
Akaidere found himself amongst the tries at the start of the season before a long suspension curtailed his year, he will only improve with more games under his belt. While Hardbottle has already impressed his new team mates in his first week at the club and will be a valued addition for 2015.”