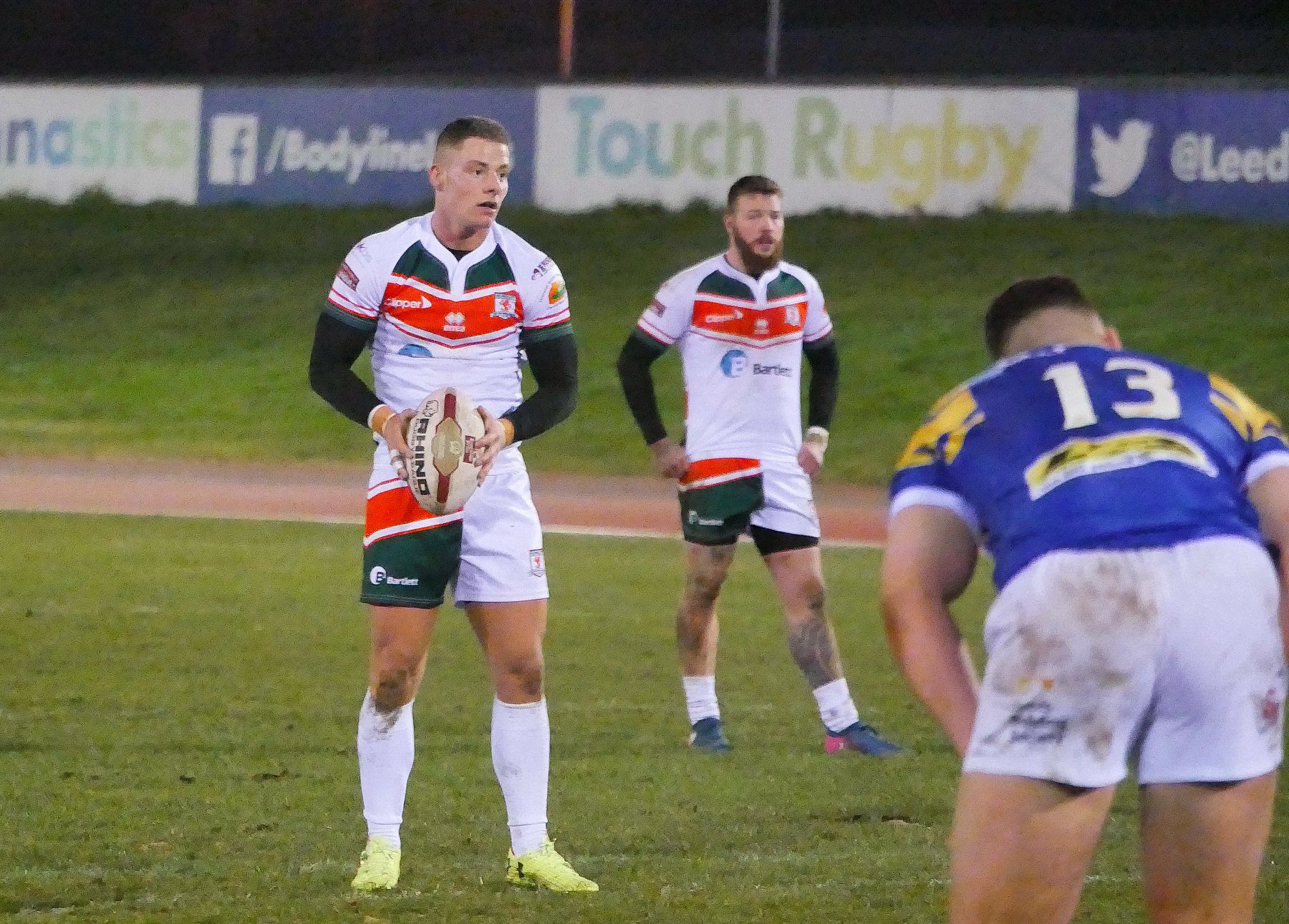 “I didn’t have to think twice about coming back!”

That’s the reaction of Joe Sanderson, who has re-signed for Hunslet after having spent a couple of years away from the South Leeds Stadium.

The stand-off, who carved out a reputation as one of the best goalkickers in Rugby League while with the Parksiders, will be 25 next month and since leaving Hunslet has had a spell in Australia, which was scuppered by the coronavirus pandemic, followed by a stint with Batley and a loan period at North Wales Crusaders.

Sanderson subsequently switched to his junior club Drighlington, and going `back home’ to Drig has done him a power of good after two testing years. He admits: “I fell out of love with the game a bit during the lockdowns but I’ve got my mojo back with Drighlington, where we’ve been going well since the turn of the year, reaching the quarter-finals of the BARLA National Cup.

“I got a call late last week from Hunslet’s assistant coach Ryan Jackson, who I know very well from his days at Drig. Jacko asked if I‘d be interested in coming back to the South Leeds Stadium. I said `yes’, head coach Alan Kilshaw rang me, and it all went from there. I jumped at the chance to be honest, it’s great to be back, and I’m now looking forward to contributing to us having a really good year.”

Sanderson, who has signed a one-year deal, will be in the squad for Sunday’s home Harry Jepson OBE Memorial Trophy fixture with Leeds Rhinos (3.00pm). He says: “`Killer’ and Jacko have rebuilt the team, with a lot of young enthusiastic players coming in. The side was very impressive in the Betfred Challenge Cup win over Keighley, and the mood in the camp – and among our very vocal fans, who have always given me great support – is understandably sky high. We really could have a good season coming up and I’m looking forward to fully playing my part.”

“Joe was an original target in November but he was honest at the time and said he wasn’t ready to commit,” reveals Kilshaw. “I think, since then, he has seen what the club is trying to do and what we are putting together.

“He has plenty of close friends at Hunslet, and lots of support off the field, and I’m sure that helped him. We heard a few noises that he was interested in returning, Jacko made the call, and we now have the appropriate depth in the halves with Jack Mallinson, Dave Gibbons, Fraser Stroud and now Joe.

“It’s a long campaign and we will need them all to contribute. The competition for places will be strong and that should bring the best out of all of them.

“Joe has a really good kicking game and his skill level is very high. He has had a stop-start few seasons but we are now giving him a platform to kickstart his career at this level again, in an environment he is familiar with.”

`Killer’ is resting several of his older players, including captain Duane Straugheir, fullback Jimmy Watson and Cumbrian centre Jason Mossop for the Leeds game, while winger Wayne Reittie has yet to recover from the back issue that led to him having to withdraw from the victory over Keighley.

Harvey Hallas and Matty Stableford are ruled out through hand injuries. Cam Berry, meanwhile, sustained concussion in training this week and is therefore unavailable, while Fraser Stroud is suspended after having been sent off playing for student side Leeds Beckett. 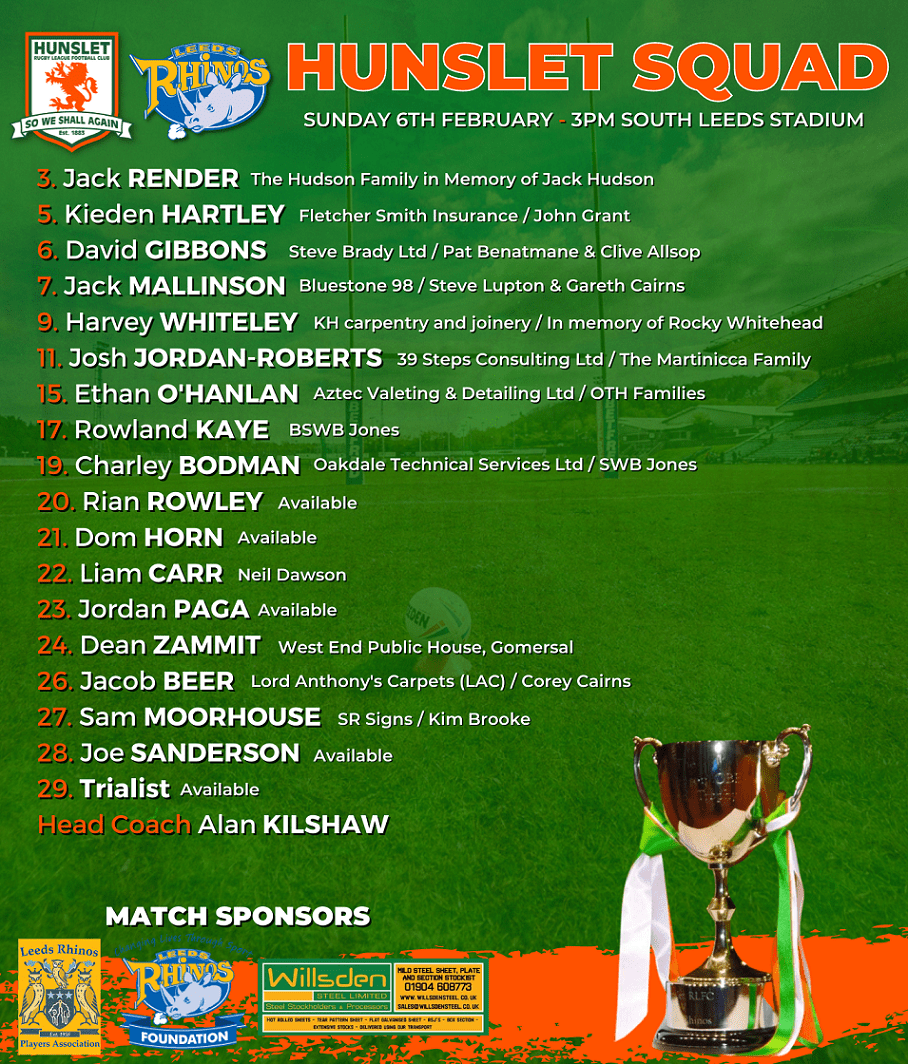