Stand-off Joe Sanderson returning from a loan period at Coventry Bears re-ignited Hunslet’s form with a much needed home victory at the South Leeds stadium.

Hunslet’s injury woes had worsened with Adam Robinson, Mike Emmett and free scoring Gareth Potts being added to the list of unavailables. This meant a bit of a position swap around but from the word “Go” the Parksiders looked in control.

Josh Tonks crashed over on 8 minutes from a Charlie Martin ball, and 5 minutes later Duane Straugheir profited from a delightful Joe Sanderson pass. Sanderson had brought his kicking boots and Hunslet led 12-0.

Crusaders had their turn to apply a bit of pressure, but their field kicking was poor and on 23 minutes Jon-Luke Kirby was too strong for the Crusaders defence, after Hunslet had gained good field position from a 40/20. 18-0.

Charlie Martin could have put the game to bed but knocked on with the line begging, and in true form Hunslet took their foot off the gas and let North Wales come back into the game.

Firstly Joseph Ryan wrong footed Jimmy Watson to score a clever try, before impressive centre Robert Massam was too strong for Hunslet crashing over in the right hand corner. Tries converted, the game was now tighter at 18-12.

It could have been all square had Jimmy Watson not executed a brilliant try saving tackle, but it was that man Sanderson who fed Charlie Martin through on the stroke of half time giving Hunslet a 24-12 lead, a hammer blow to the Crusaders.

From the start of the second period Hunslet were the dominant force, Brown and Sanderson running the show for the Parksiders. Loanee Jordan Andrade came close but was held up, before on 50 minutes Hunslet put on a fantastic move twice involving Joe Sanderson to send Jimmy Watson over for a try 30-12.

Watson doubled his tally on 65 minutes after more good passing, and Andrade finally powered over the line after a couple of close attempts. Joe Sanderson made it 100% with the boot and Hunslet were in control at 42-12.

The shine was taken off somewhat in the dying moments when Jimmy Watson was Sin-binned for kicking the ball away in frustration after failing to stop a 40/20, and Thompson scored a consolation for the Welshmen moments later, but as the hooter sounded coach Gary Thornton must have been pleased with his side’s performance against a gritty opponent.

With Half Back Simon Brown unavailable next week for the trip to Keighley, Hunslet will have to swap Half Backs again, possibly with Reece Dean coming back in. Home games against Workington and Oldham and a visit to London Skolars are must wins for Hunslet as they consolidate their play-off position. The business end of the season is upon us, so now would be a good time for a bit of consistency from the Parksiders. 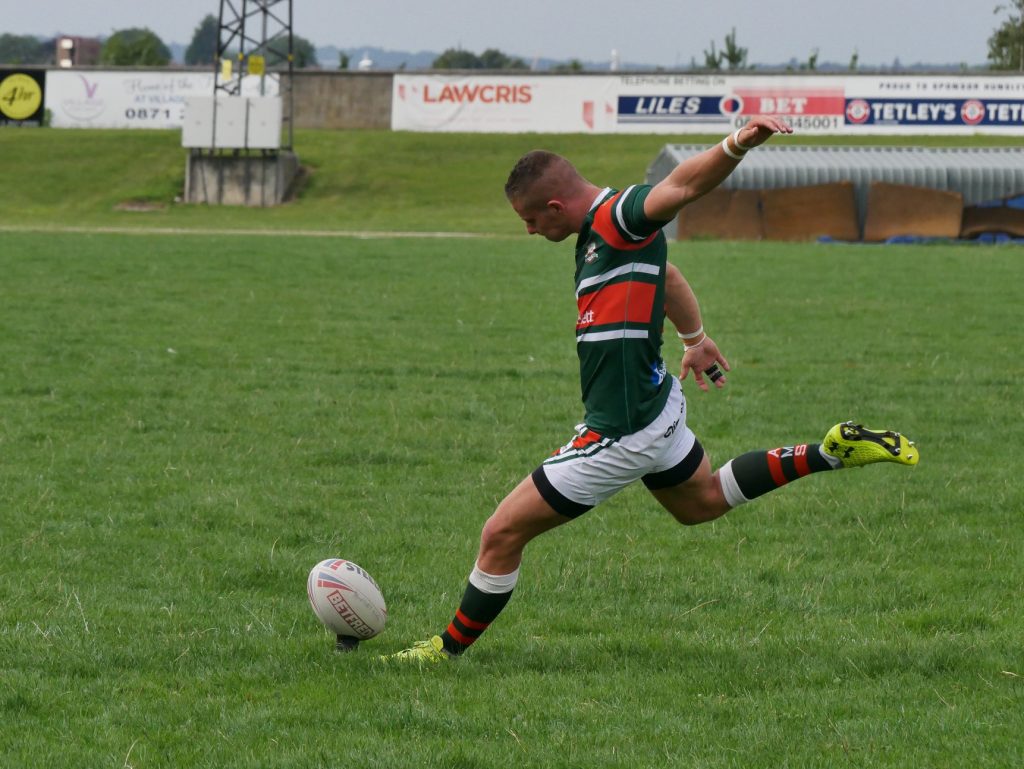 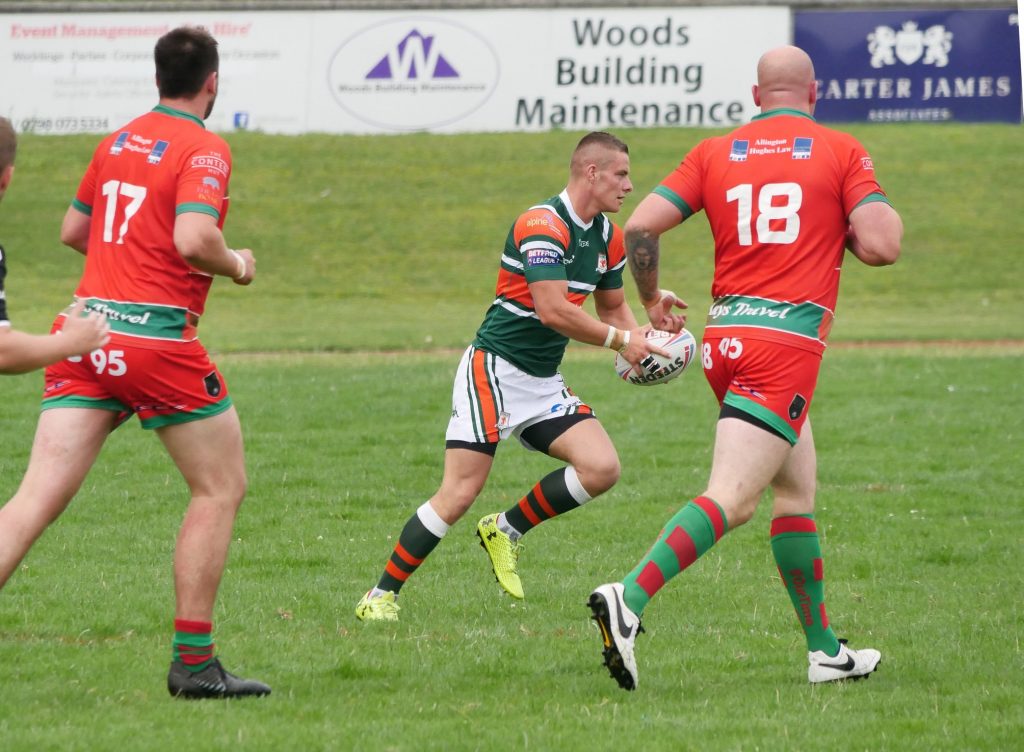 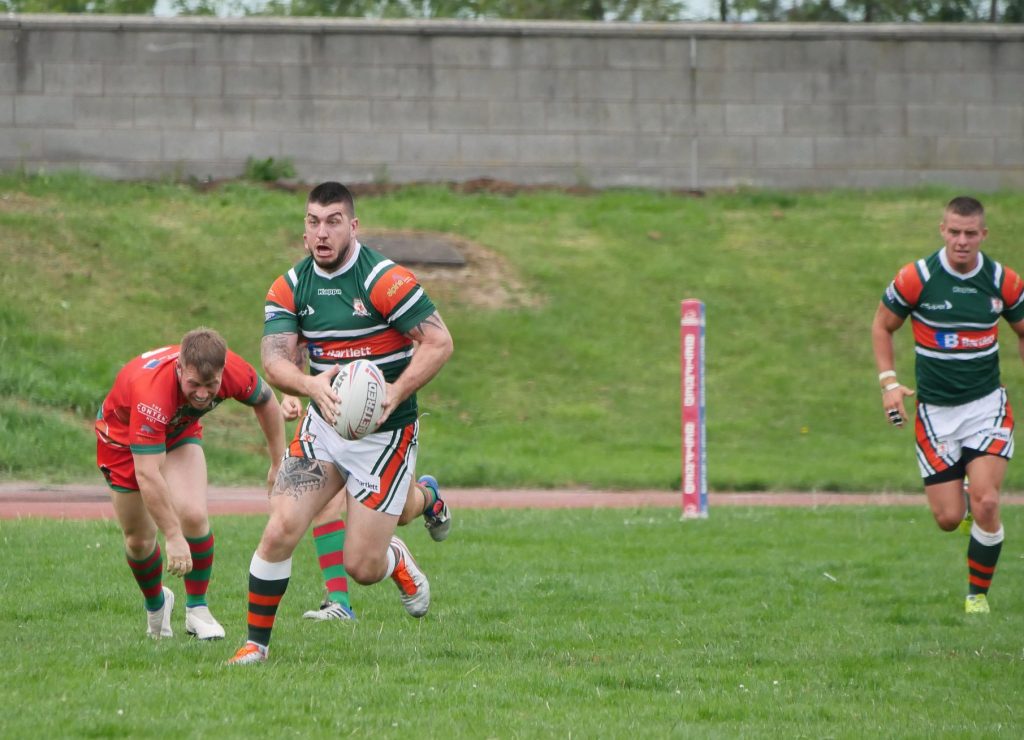 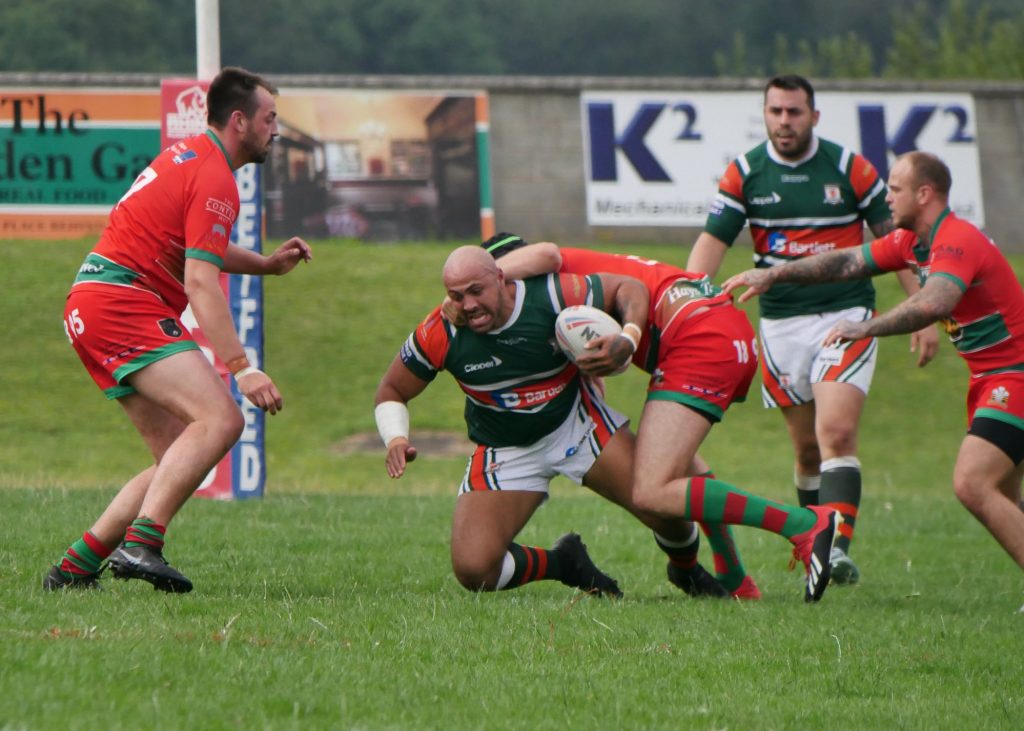