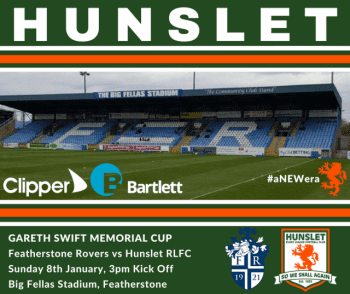 Head Coach James Coyle has named his squad for his first game in charge of the club for Sunday’s pre season game at Featherstone Rovers for the annual Gareth Swift memorial trophy.

Jack Lee misses out following a family bereavement and Gavin Duffy has a pulled hamstring.