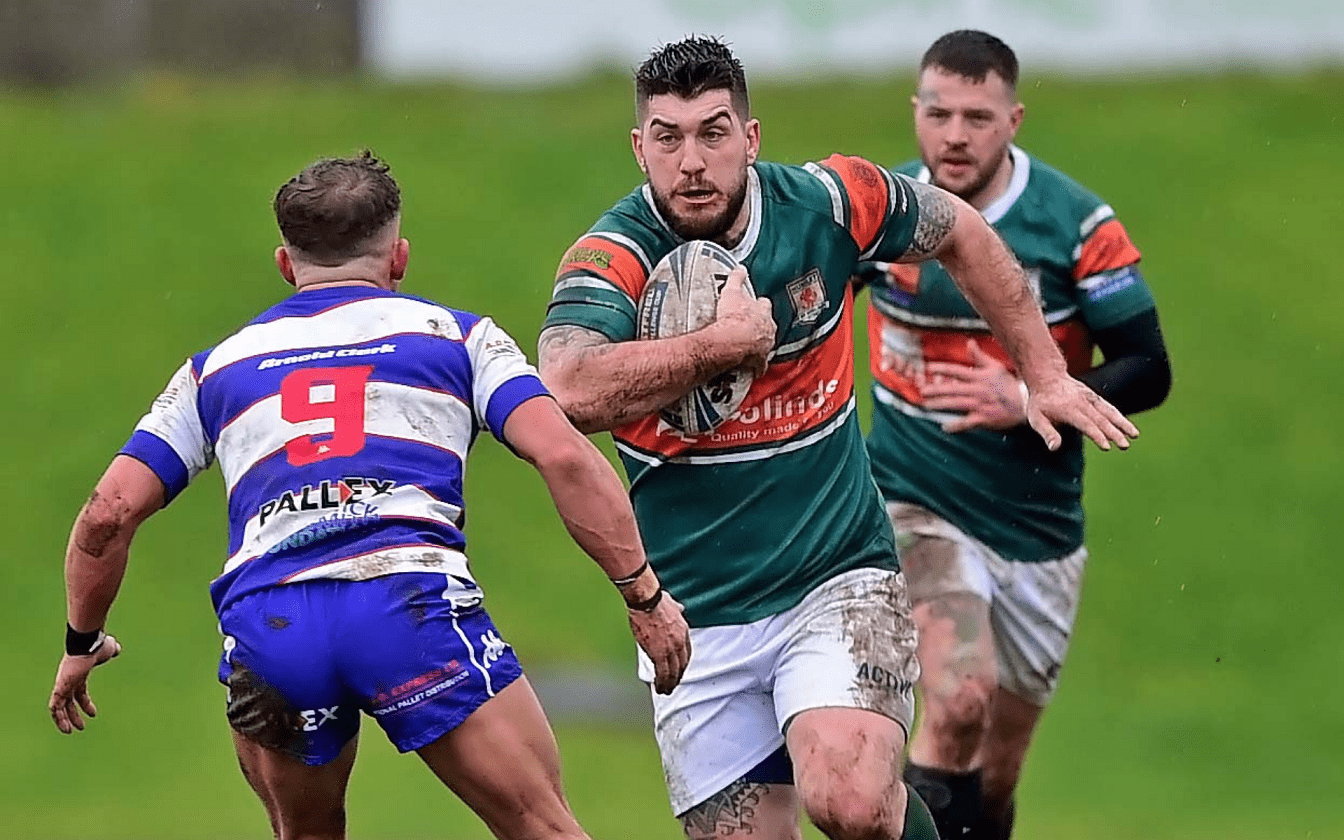 Hunslet’s inspirational captain Duane Straugheir may be having to sit out the Parksiders’ first few weeks of the 2022 Betfred League 1 season, including Saturday’s opening fixture, at London Skolars – but Straff will nevertheless undoubtedly have a huge input before his hoped-for return to the pitch in May.

The dynamic prop, who switched from the second row to the front row at the turn of the year, had a hernia operation on Thursday 17 March and is expected to be out of action for over a month.

He has targeted the game against Swinton Lions on 15 May for his return to action but, in the meantime, he will be busy on the sidelines monitoring head coach Alan Kilshaw’s new-look young side and offering advice born of long experience.

Straff, 32, said: “In some ways it can be seen as an opportunity. I’ll be able to take in the action from the dugout, rather than while trying to lead from the front on the field of play, so it will be a valuable new perspective for me, although whenever I’ve had to miss training through injury I’ve still been involved, taking groups of players and trying to do my bit.”

It’s through “doing his bit” that Duane Straugheir, who is renowned for his tireless contribution in every game he plays, is currently kicking his heels. He said: “I picked up a groin strain midway through last season and perhaps I should really have stepped back then, but in all the circumstances it wasn’t really an option, given that previous coach Gary Thornton had left and had been replaced by `Killer’. Rightly or wrongly, it just wouldn’t have looked good.

“So I kept on playing until the end of the campaign but, when we started training again after the close season lay-off, it felt three times worse, rather than better.

“I told the medics at the NHS that I’d had surgery for the same issue eight years earlier, while I was at Sheffield Eagles, and I told Killer that I’d try to play through it, wearing a pair of special shorts I’ve had from my Sheffield days that I don’t think they make any more, but which hold me together.”

Straff continued: “When it continued to get worse, and I realised I wasn’t just being `soft’, I went to see a consultant and, after further investigations and with the backing of Hunslet, who have been 100 per cent supportive throughout, I had the operation last week.

“Unfortunately it means I’ll miss the first few weeks of the league season. Right now, I have to rest up and can’t undertake long journeys, so I won’t be with the boys at London Skolars. But I’ll be at every subsequent game, and I hope to be back on the pitch for the match with Swinton in mid-May.  And I‘ll certainly be at every training session – in fact, thanks to our fullback Jimmy Watson, who kindly picked me up,  I was at a team meeting the Tuesday after my operation.

“It’s important, as captain, that I’m around, to offer guidance and set an example to our players, especially the younger ones, who look up to such as Jimmy, Wayne Reittie, Jason Mossop, Aaron Jones-Bishop and me.

“One of the many good things about our young players is that they’re all keen, and hungry to improve. In return, us older players are all eager to pass on our knowledge. And although I won’t be out there on the pitch with them for a few weeks, I’ve got complete faith in the lads; I’m sure that they’ll do just fine without having me alongside them.”

Kilshaw said: “I think it speaks volumes for how tough Duane is, playing the back end of last season and doing all the pre-season, including putting his hand up to play the Challenge Cup games whilst waiting for the operation date.

“It’s a huge blow that it has come now, and not earlier in the off-season, but with us coming out of a pandemic, and other people on a backlog, we are not in a position to complain. We will adapt, and this gives someone else an opportunity to play. And hopefully we will develop a few more leaders in Straff’s absence.”

He added: “We will get him back for the bulk of the campaign, and he will no longer be hampered by the injury, which is a big positive. I know he will be strict with his rehab, and will be dedicated to coming back and having a big influence on the field – whilst he will continue to be a big influence off it.”