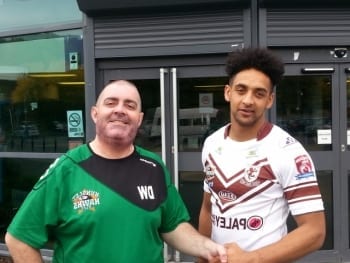 Hunslet Hawks RLFC have continued to strengthen their 2016 squad with the addition of utility back Danny Thomas from Oxford.

Thomas 31 had a spell with University of Gloucestershire All Golds in 2014 before joining Oxford for the 2015 season.

Director of Rugby Darren Williams knows Thomas from his previous stint at the club as a teenager and said “We were looking to sign another proven half back at the level we will be competing at in 2016 and Danny certainly impressed us for the All Golds with his organisation and direction the last time we competed in Championship 1 in 2014.”

“He has still got plenty of pace about him and he can also cover the full back role so offers some extra utility value. He was close to joining a rival Championship 1 club but were delighted he’s decided to join us. Danny Maun is a close personal friend of DT and Mauny did a great job in selling the club to him.”