Thornton boosted by returning Hunslet duo ahead of Featherstone clash

Braham has completed a three-match suspension while Chrimes has recovered from an ankle injury sustained in the third round victory over Coventry Bears in early February. Also returning after a two game absence is dynamic half back Danny Rowse.

Hunslet have prevailed in all seven of their matches this year, comprising pre-season victories over Bradford Bulls, Batley Bulldogs and Leeds Rhinos, followed by Challenge Cup successes against Coventry and North Wales Crusaders, plus Betfred League 1 wins over West Wales Raiders and North Wales.

The game at Featherstone, who are unbeaten in the Championship, represents Hunslet’s biggest test to date but head coach Gary Thornton insisted: “The players are in confident mood. We’ve been strong defensively, in fact we haven’t conceded any tries in the second half in our last four matches, and if we maintain that kind of form, and play to our standards in attack, we can certainly test Rovers.”

He added: “I was impressed by how we held out against a good North Wales side with only 15 men, following the early departures of Kidd and Markland, while we were down to twelve players on the pitch for ten minutes when Hartley, who had got back superbly to cover a Crusaders break, was sin-binned (harshly in my view) for holding down, North Wales scoring their only try at that point.”

The Parksiders will, however, lack winger Ben Markland – who suffered a knee injury in Sunday’s victory over North Wales – at Featherstone, together with prop Harry Kidd, who came off in the early stages with a dislocated shoulder. However, Thornton has assembled a strong squad for the 2020 campaign and the likes of AJ Boardman, Liam Copland and Danny King are among those who could step in. 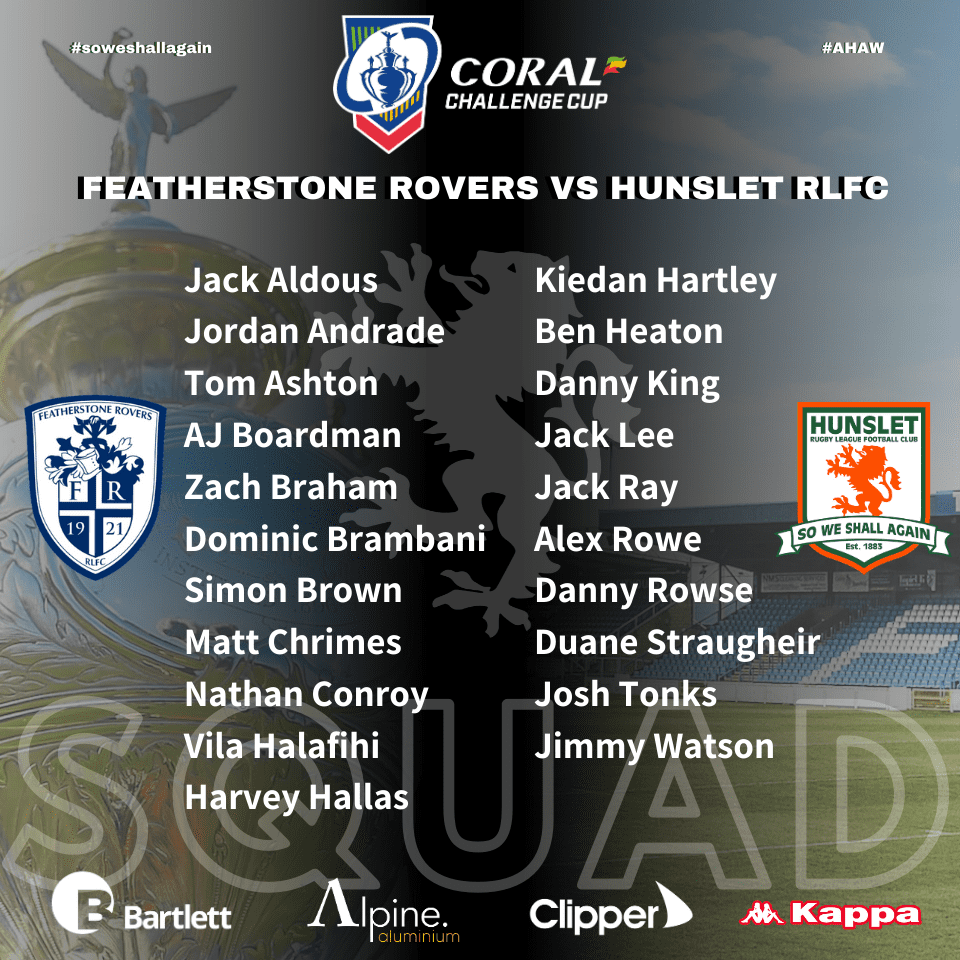