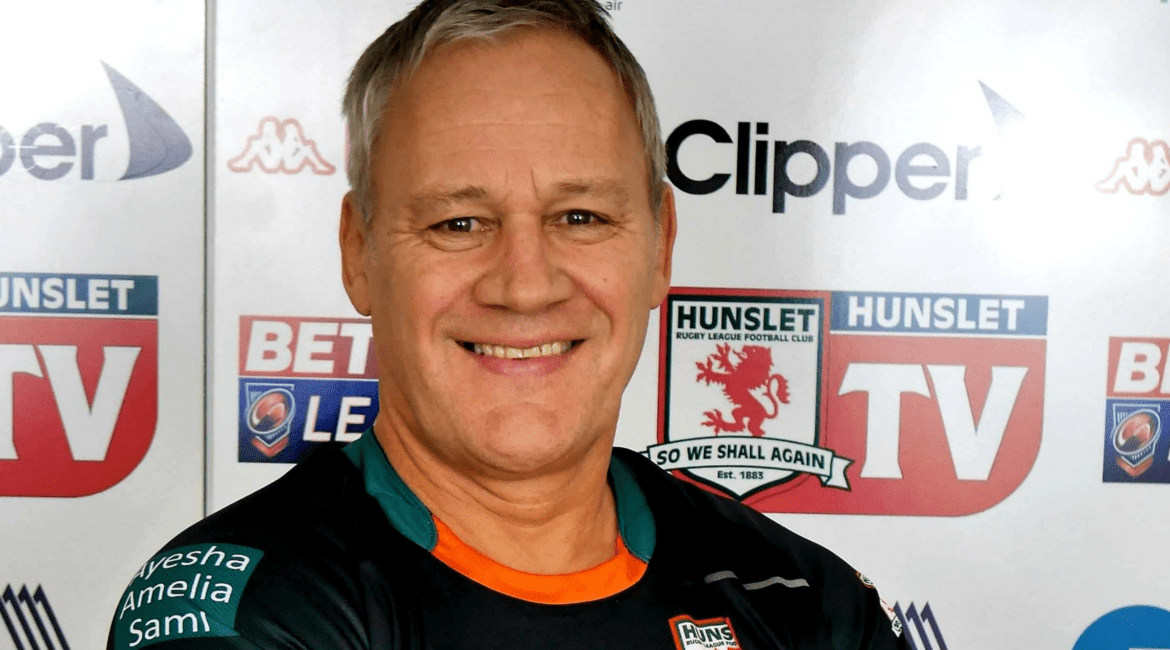 That’s what’s at the front of Gary Thornton’s mind as Hunslet’s head coach plots the Parksiders’ promotion from Betfred League 1 in 2021.

Hunslet were top of the section when the Covid-19 lockdown struck in March and Thornton, who has agreed a contract extension, is busying himself keeping together a squad that promises so much not only in terms of results, but also in providing entertaining Rugby League.

Announcements will be made over the next few weeks regarding player retentions and signings and Thornton said: “I was delighted to be able to resolve my own future with the board.

“There’s a job to be seen through here. It was very disappointing, after we’d had such a good pre-season, with three wins in as many games plus impressive victories in our two league fixtures – not to mention a couple of good performances in the Coral Challenge Cup – to have the action being brought to a halt.

“That was especially so as our last match, in the third round of the Challenge Cup at Championship favourites Featherstone Rovers, involved our only defeat, from which we learned quite a few valuable lessons.

“We were chomping at the bit to put what we’d learned from Featherstone into practice but we didn’t get the opportunity as the lockdown dragged on. Now, though, we have a straight edge and we can at least begin to prepare properly for next season.”

Thornton is keen to retain most, if not all, of his squad and several factors are in his favour. His reputation as a thoughtful, go-ahead coach with a preference for expansive Rugby League is high, and deservedly so. The players had all made it clear during the truncated 2020 season that they were very happy to be at Hunslet. And the supporters are among the most passionate in League 1, indeed in Rugby League as a whole.

“I’ve been in the game long enough to know that we have a very good squad in place, made up of good characters,” said Thornton. “We’d like to kick on from where we left off, not least for our fans and for everyone else who is involved with this club.

“I’ve also been able to stress to the players, with every justification, what a superb board we have in place here. I’ve seen at first hand the way they have steered us through the stormy financial waters caused by Covid-19, while making sure that the players’ interests are looked after. They’ve kept Hunslet in very reasonable shape and I take my hat off to them.

“I’m very impressed, and that’s an extra incentive for everyone to not only stay, but to pay this club back. I’ll certainly be striving to repay the faith that’s been shown in me with tangible results on the pitch next year.”