Thornton names squad for top of the table decider 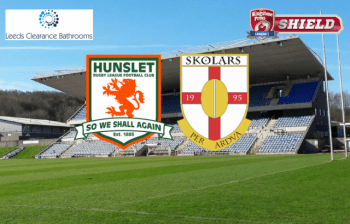 Hunslet need to win the game to finish top of the league table after the regular season and claim home advantage in the final next week. A defeat for Hunslet would mean finishing in second place and having to make the long journey south to London to play the final.

There is one change to the squad that won comfortably last time out away at Hemel Stags. Shaun Roberts drops out due to injury (sternum) with prop forward Jose Kenga coming into replace him.