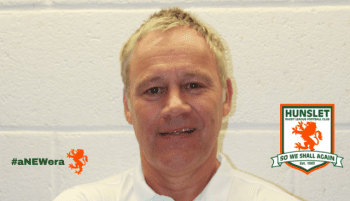 The professionalism shown by his players in their 64-7 win over South Wales Ironmen pleased Hunslet coach Gary Thornton.

Hunslet ran in 11 tries against the Kingstone Press League One Shield’s bottom team and Thornton said: “We’ve been able to score points all along, but it has been the mental approach to games in the past that has let us down.

“The mental side of things and the way they approached the game on Sunday was very good. We had a couple of lapses, but it is difficult to keep going when you are 50 points ahead.

“They tried to rough us up a bit, but we remained pretty professional throughout and for 60 minutes we were really good.”

The victory two days ago left Hunslet needing one win from their final two league games to confirm a place in the Shield final.

Hunslet visit second-bottom Hemel Stags on Sunday before a home meeting with leaders London Skolars a week later, when a win should secure home advantage against the same opponents in the title decider.

“We scored some good tries and defended really well,” Thornton, who reported no new injuries, said of the victory over South Wales. “They didn’t throw a lot at us, but it was a good win and it will give us some confidence going into the last few games.”