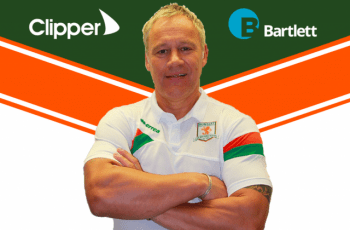 Boss Gary Thornton is pleased with the way his new-look Hunslet side are shaping up in pre-season training.

Hunslet begin their League One campaign at Hemel Stags on Sunday, February 18, two weeks after Betfred Super League and the Championship kick-off.

They travel to York City Knights for a trial game on January 28, before home matches against Hunslet Club Parkside on February 4 and Leeds Rhinos five days later.

The Parksiders have strengthened their squad since the end of last season and Thornton said preparations are going well. “We’ve had a reasonable pre-season, I am quite happy with it,” he said. “We have managed to avoid injuries, we’ve got just about a clean bill of health and we are raring to go. We’ve got a squad of 29 so it is really competitive, which is good.

“You want to create that competition for places and as it [the season] gets nearer the pressure will be on me to narrow it down.”

Thornton will only really know how well pre-season has gone when the final whistle blows at Hemel, but he added: “They just want to play now, they are ready for a game.

“I am having to hold them back a bit, but because of the numbers we’ve got we’ve done quite a bit of 13 versus 13 work which has been really helpful.

“I’m really pleased with the progress we’ve made.”