Wales call up for Danny Ansell 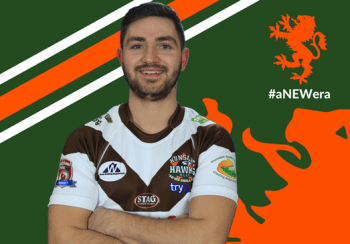 Hunslet half-back Danny Ansell has been called into the Welsh squad for Saturday’s decisive World Cup qualifier against Italy in Monza.

The 25-year-old, who joined Hunslet from Wakefield Trinity in 2012, scored 11 tries, 24 goals and a drop goal in 22 appearances for Hunslet this year and recently signed a new contract for 2017.

Everyone at the club would like to wsh Danny all the very best!