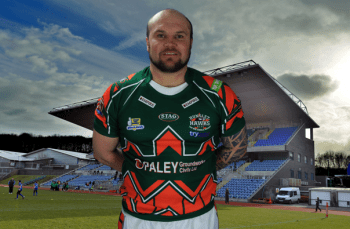 Hunslet Hawks RLFC have today agreed to release Lee Waterman from his 2016 contract by mutual consent.

Waterman 28 has made 3 appearances for the club scoring a solitary try.

Director of Rugby Darren Williams said “Lee approached us over the weekend asking if we would consider releasing him with immediate effect. After speaking to him it was obvious that the travel, time away from home plus increasing family commitments were a problem as well as a current wrist injury. Lee has an opportunity to return to his community club Skirlaugh Bulls and do some coaching as well as playing for them so we couldn’t stand in his way and we wish him all the best for the future.”