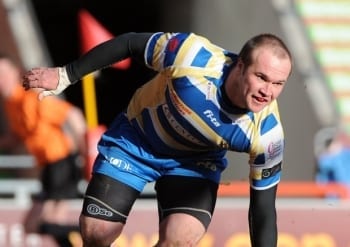 Waterman 28 was a real fans favourite at the Keepmoat and was the clubs leading try scorer in 2012 as they gained promotion to the Championship. He joined York City Knights for a short spell in 2015 before rejoining Doncaster in June.

Director of Rugby Darren Williams said “Lee is a utility player who on his day can be a real matchwinner and is a proven Championship player with bags of ability.”

“He is a centre/back row forward who has also played alot of games at full back in his earlier days. He was hungry for a fresh start and the fact he’s willing to travel from Hull says alot about his attitude and he’s committed to helping us as we prepare for a tough challenge in League 1.”