“We left points on the field,” says Killer of Hunslet’s draw with Oldham 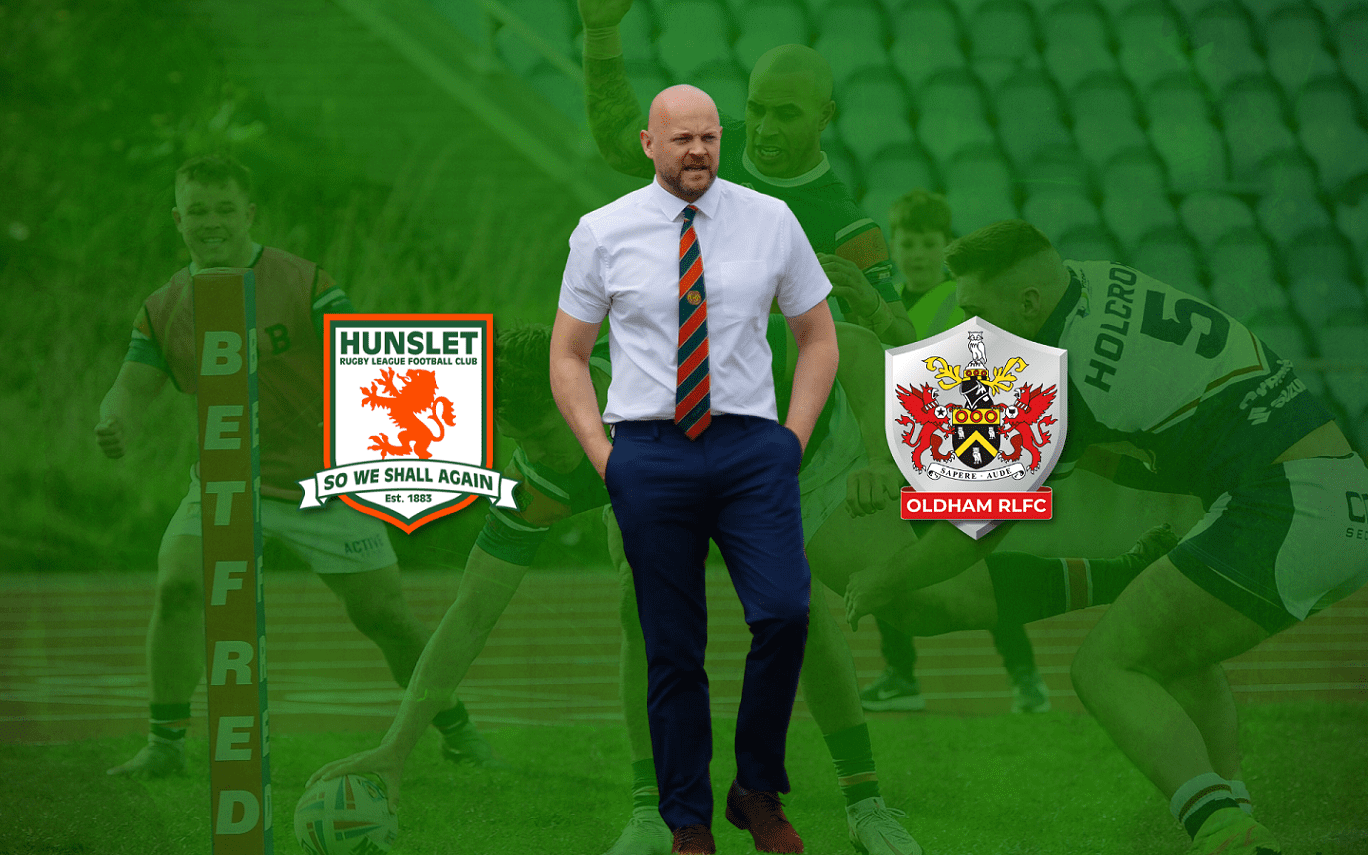 MANY of Hunslet’s enthusiastic supporters didn’t know, on the final whistle, whether to feel elated or disappointed on Sunday, when the Parksiders finished all-square with Oldham in the first Betfred League 1 game of the season to take place at the South Leeds Stadium.

Hunslet, previously limited to a Kiedan Hartley try, had blasted back from 18 points down early in the second period to level the issue at 22-22 with thirteen minutes left, having notched touchdowns by Dom Horn, Jack Render and, with a brace in the closing quarter, Wayne Reittie.

All – other than Horn’s effort – were scored out wide, however, and scrum-half Jack Mallinson, despite going close with each attempt, was only able to kick one goal in the strong wind, while his long-range drop goal attempt towards the end was way off the mark. Oldham’s Martyn Ridyard, meanwhile, was unable to hit the target with his response, and Hunslet’s energetic defenders denied the visitors’ stand-off any further opportunity.

The Parksiders were ultimately left pondering on what might have been, particularly as the contest could perhaps have been put to bed in the early stages, one chance especially going begging when Render broke clear but fired a loose pass to Jimmy Watson. And shoulder injuries in the first half to stand-off Dave Gibbons and second row Joe Summers were crucial to the outcome.

Oldham, after been let off the hook early on, opened the scoring with a try launched through a deep kick by Ridyard, Owen Restall getting to the ball first on the home line and, in the next play, Ben Holcroft getting the thumbs-up on a touchdown; a decision that was contested by the home players.

The Roughyeds duly kicked on through Restall, Dave Hewitt and, shortly after half-time, former Hunslet man Liam Copland, who crossed after another ex-Parksider, Ryan Wright, had pulled off an interception on his own line.

Hunslet’s spirit, however, was vividly illustrated by the ensuing rally – although quite what the late Geoff Gunney MBE, in whose name the main stand had been named at the kick-off, would have made of it all will never be known.

Head coach Alan Kilshaw had no doubt. “We left points on the field,” he said. “In the first ten minutes or so we looked good, but we bombed a couple of chances, and then we were disrupted by the injuries to stand-off Dave Gibbons and second row Joe Summers.

“I was very disappointed with each of Oldham’s tries. The first, when Ridyard kicked deep and Restall followed up, should have been dealt with at that point, but our players are adamant – and I believe them – that Holcroft didn’t get the ball down in the next play.

“The second try was bad defence, the third was from a penalty awarded on the last tackle, and the last shouldn’t have been scored.

“But, for all that, we made too many errors, including gifting possession back after we’d scored, through letting the ball bounce. On the positive side, though, to come back from 18 points down shortly after half-time was impressive, especially as, following Gibbo’s injury, we had to move Jordan Syme from loose forward to stand-off.

“However, the momentum was very much with us when we drew level at 22-22 and we should have found a way to win. But we lacked direction and the fact that we’re a very young team can’t really be used as an excuse. Overall, though, I think it’s a step in the right direction after our performance in victory at London Skolars. We were brilliant in the first 15 minutes, and we were brilliant again from the 50th to the 70th minutes; we need to perform to that level for the full 80.”

`Killer’ reflected: “I’ve always taken pride in my teams being able to come back, when I was in Australia and with Rochdale Hornets. Last year, just after I joined Hunslet, wasn’t so good in that regard but I’ve sought to instil a `never give up’ attitude at the South Leeds Stadium and that was very much in evidence in the players on Sunday. And although I don’t think we got the rub of the green, I‘m glad that the lads didn’t let it affect them.”

He concluded: “Gibbo’s injury may not be as bad as first feared, his shoulder popped out and went in again, while we’ve Joe Sanderson, Fraser Stroud and possibly Jordan Paga, who was unfortunate to miss out on the 17 against Oldham, ready to step in. But Joe Summers is seeing a specialist, this is the third or fourth time his shoulder has gone in a game and it needs looking at properly.”