Webster looks to the future with Hunslet 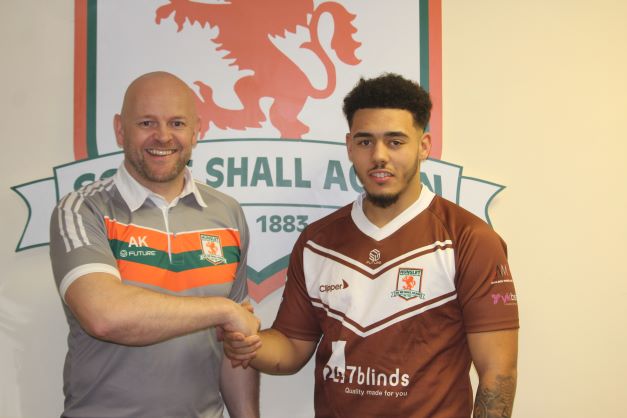 Tre Webster, who has put pen to paper with Hunslet on a one-year deal, may be the youngest player in the squad – he won’t turn 17 until January – but he has an old head on his youthful shoulders.

The prop or loose forward, who has agreed a one-year deal with the Betfred League 1 outfit, is already in business, running his own music studio.

That youthful ambition is just one of the attributes Webster will bring to the Parksiders’ cause. A product of the East Leeds, Batley Boys and Stanningley amateur clubs who has recently been with Huddersfield Giants’ Scholarship and Academy sides, he said: “I’m looking forward to a new challenge, playing with and against grown men, which will only further develop my game.

“I pride myself on my defence, and on making the hard yards, and I can only improve with Hunslet, in League 1. I can’t wait for the new season to start.”

Head coach Alan Kilshaw said: “Tre has challenged himself at a young age to have a crack at playing first grade Rugby League. He could have easily taken up another contract at Huddersfield and played another year at Academy level but he wanted to play for his local professional club again men.”

Killer added: “He has no fear and won’t take a backward step, so we have to make sure we nurture his talent and ability and get him up to speed on the physical side. I’m sure he will rise to this challenge.”