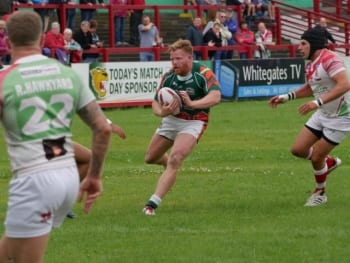 Hunslet RLFC can today announce that Danny Williams has returned to the club from Siddal ARLFC following his release in February earlier this year under James Coyle.

Williams made 23 appearances in 2016, scoring 2 tries and winning the “Top Tackler” of the year award.

Also returning to the club is centre Mathew Cook who had a previous spell with the club in 2014 making 2 appearances for the club scoring 1 try.

Head Coach Gary Thornton said “I’m delighted to have Danny back with us;

“I’ve always admired his style of play when I coached against him. He’s tough, defends well & has a terrific work rate.

“He will be a welcome addition for our final run in to the end of the season.

Thornton added “Matt became available due to Hull under 23’s disbanding and will be a great asset to us.

“He’s still a young guy who has gained good experience playing in Australia and at Hull this season he’s been very impressive and will be another good addition to our back line.

“With both Cameron Leeming & Jack Norfolk unavailable this weekend he will probably go straight into the squad to face Coventry Bears.”