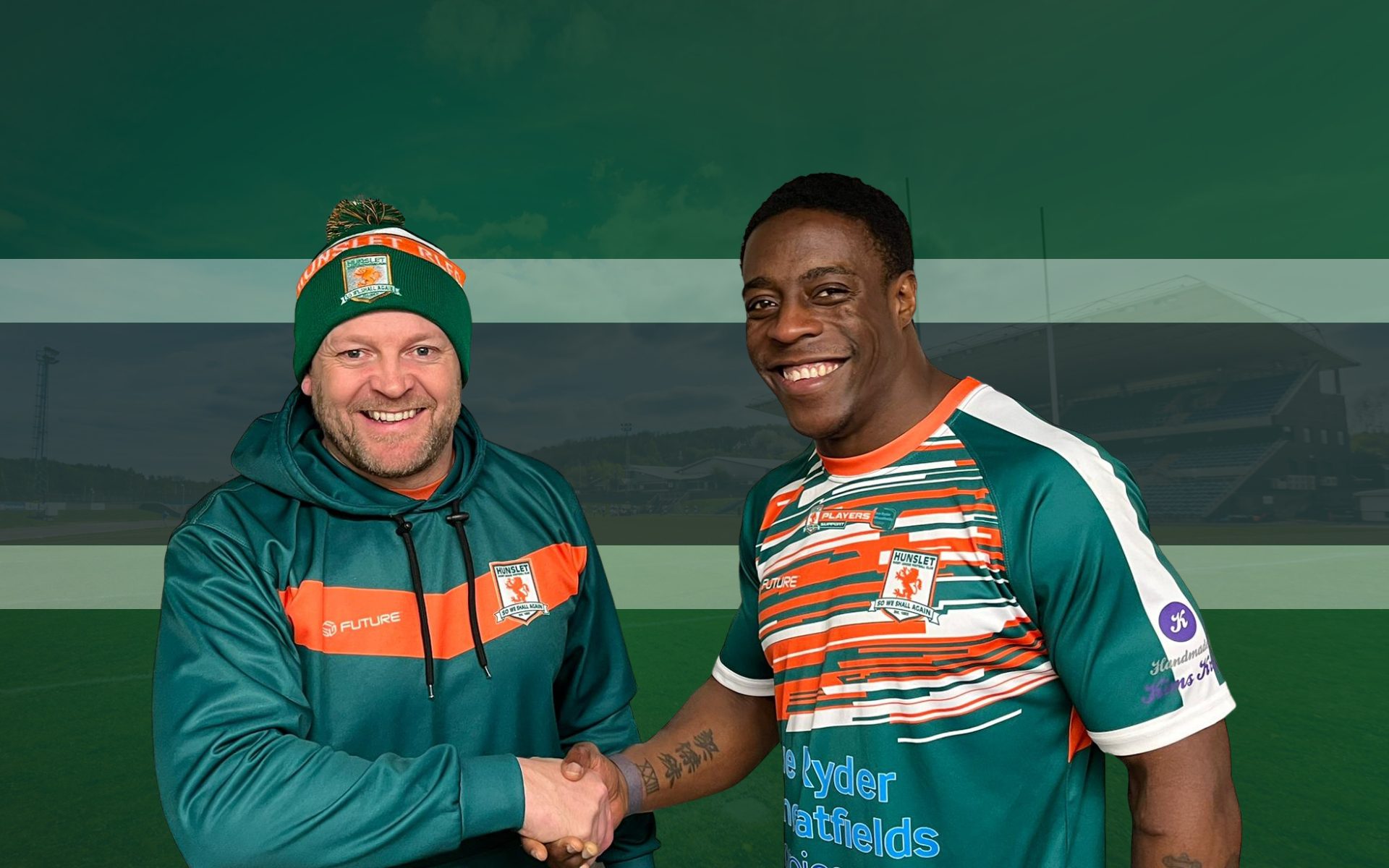 Head coach Alan Kilshaw has made yet another significant signing with the capture of the highly-rated Rob Worrincy.

The winger, who recently celebrated his 38th birthday, stands over six feet tall and weighs in at nearly 15 stones. And he will bring a wealth of experience to the cause as what promises to be an exciting 2023 Betfred League One campaign for the Parksiders’ passionate supporters fast approaches.

Worrincy spent much of last year with Rochdale Hornets, having come out of retirement to star with British Police in the 2022 President’s Cup, scoring a spectacular long-range try in a stunning victory over competition favourites England Universities.

Verbal agreement had been reached between the player and Hunslet several weeks ago but the club, recognising his work commitments with the police, agreed to delay completion of the registration process until now.

Hunslet have strength and conditioning coach Miles Greenwood to thank for instigating the signing of a player whose previous clubs include London Broncos, Castleford Tigers, Sheffield Eagles, Halifax and Dewsbury Rams.

Worrincy said: “I’m good mates with Miles, who spoke highly of Alan Kilshaw and mentioned in passing that Hunslet are not far from me – I live on the outskirts of Batley – and would I fancy joining them?

“Partly in jest, I said that I’m open to all kinds of offers. I like to keep active and I love Rugby League, which is a great sport, with great people in it.

“So I spoke to Killer and he really sold me the club, with his plans for the season. The squad he’s put together has a great mix of youth and experience, and I’m delighted to have signed a one-year deal.”

He continued: “I’ve learned that there’s a circle of life in Rugby League. When I started out at the age of 18 I was given some great advice by senior players and, it has to be said, some not-so-great advice. I aim to pass on the positive pearls of wisdom I’ve acquired to the younger lads at Hunslet, including in terms of attitude and professionalism. I’ve lots of experience behind me, including in important fixtures, and I plan to bring to the cause level-headedness and a strong work ethic, with strong carries on kick returns as important to me as well as scoring tries.”

Kilshaw said: “Although we have known Rob’s commitment to us for some time it’s great to have him in Hunslet colours and training with the group. He is an exceptional winger at this level, with a proven record, and he is an exceptional person who will bring some further experience and qualities off the field. I’m looking forward to seeing him mentor some of our younger wingers in Kieron Lawton and Danny McGrath. And, obviously, on the field we know we will get some strong carries and hopefully more of those exceptional finishes.”

To sponsor Rob for the 2023 season email info@hunsletrlfc.com