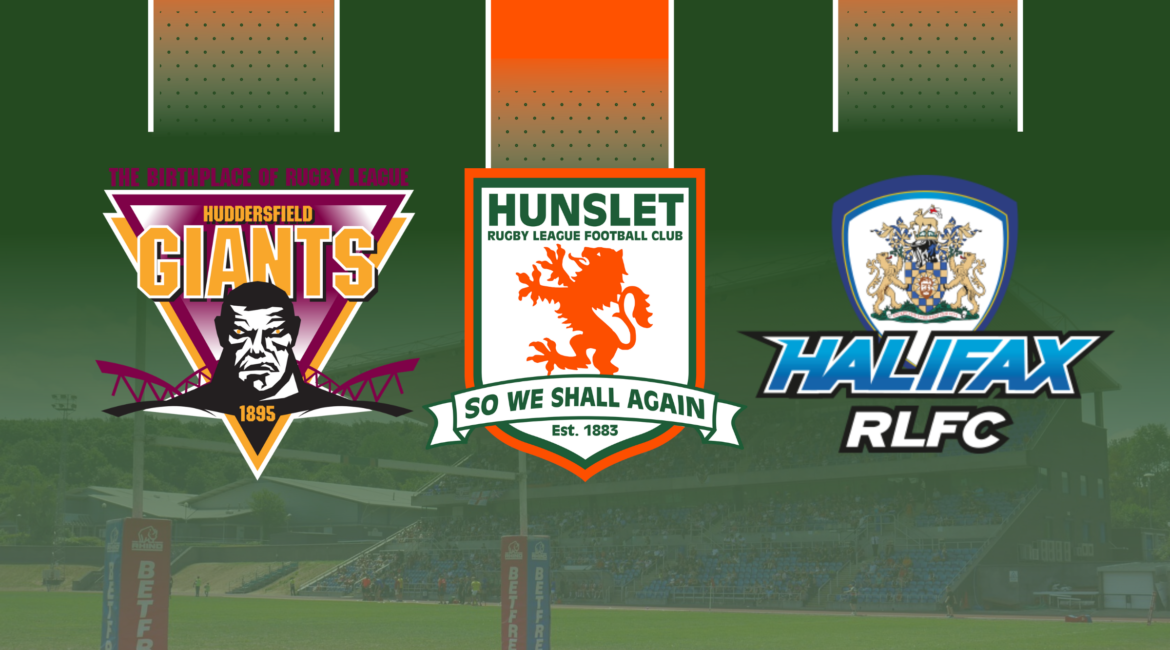 Hunslet, together with Huddersfield Giants and Halifax, have joined forces in a ground-breaking partnership aimed at delivering the RFL’s new player pathway in a unique way.

Notably, the clubs will also combine to field a joint reserve team in next season’s revamped competition.

The partnership side will run out under the Giants branding, as dictated by RFL rules, but is expected to feature players from all three clubs when the season commences in early February.

As part of the agreement, Reserve-grade games could take place at the South Leeds Stadium and The Shay as well as in Huddersfield in the 2020 season.

Hunslet Head Coach Gary Thornton said: “The partnership is an exciting opportunity for Hunslet, with a pathway for sharing quality players when we need to.

“This should enhance the player resource pool available to us, which is a big benefit to us in our quest for promotion back to the Championship, but will also give our squad players or players returning from injury, the opportunity to get valuable game time alongside Super League and Championship quality players in the reserves competition.

“We are looking forward to working with both Huddersfield and Halifax, in a partnership that should benefit all three clubs.”

Giants Managing Director Richard Thewlis said: “We approached Halifax with a view to being able to help them back into the Championship top five next year, which is so important to them.

“With their central funding cut and our enhanced squad all needing games, a partnership seemed a good fit and then when Hunslet approached Halifax in a similar vein it made more sense to include them as well to widen the pool of players available to us all.

“The key to success will be finding the right reserves coach to bring it all together, with each Head Coach able to put forward who they wish for a game that weekend and for the coach to feedback to the parent club the highlights clips and analysis of their players for them to work on in their own environments as they see fit.

“I am sure the reality will be, as this beds in, that some Giants players will play Championship Rugby for Halifax and that in turn could enable some Halifax men to play League One for Hunslet.

“We will jointly review the position after the first year but the intention if logistically possible will be to continue for a three year period.

“The reserve team fixtures have been released this week and we will be looking to play some in Halifax and Hunslet should those clubs wish us to do so.

“In addition to the players for the coaches and off field staff there will be an open door policy at our training centre and stadium for any of the staff to come in and see how we operate and share ideas and best practice.”

Halifax football manager Ian Croad added: “As a club, we have been standard bearers for the concept of reserve team rugby league over the last four years.

“Having made the extremely difficult decision to withdraw from next season’s competition, largely because of the increased financial burden on the business, we were keen to explore more innovative solutions to the problem facing us.

“We are confident this long-term deal will maintain the player pathways we have worked so hard to create, while also providing our coach Simon Grix with enhanced resources at Championship level.

All packages can be purchased online by visiting hunsletrlfc.com, by ringing 0113 271 2730, or by calling at the club’s offices at the South Leeds Stadium.