Hunslet secure utility back Niall Walker on a 12-month contract 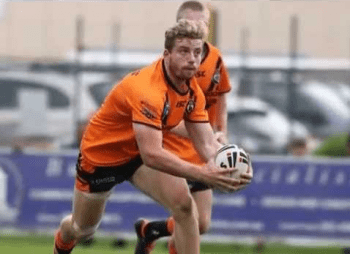 Hunslet RLFC can today announce that utility back Niall Walker has signed for the club on a 12-month contract.

Walker, 21, is a former Stanningley junior. He moved to Australia to further his career playing for West Tigers as well as representing Parramatta Eels & Balmain Tigers at junior level.

Niall returned to the UK after a five year spell in Australia halfway through the 2017 season, putting pen to paper on a short term deal for the club. He went on to make only one appearance for the club after suffering a season ending knee injury.

Niall is predominantly a full back/half back but he is equally at home in all the outside back positions and he was initially recommended to the club by Bob Pickles.

Head Coach Gary Thornton was pleased to retain the services of Niall; “Niall was so unfortunate last year, picking up a season ending injury in his first game for the club. However, we saw enough in him to know he will be a really good asset next season.

“He’s a local lad who has returned from Australia, where he emigrated to with his family as a kid, and is hoping to make his name in the game with us.

“He played at a very high standard in Australia, and comes to us with a really good pedigree. Hopefully now all his injury worries are behind him, he can benefit from a good pre-season and push for a place in the team next season.

“Niall is a talented individual with a lot of skill, and can play anywhere in the back line from full back to pivot.

“He is another player with a hunger and desire to succeed, and will push himself really hard to get there. I’m really looking forward to working with him and seeing him back fit.”

Niall was delighted to be given the chance to prove himself in 2018; “I would like to say a big thank you to the Hunslet club for retaining me again for the 2018 season.

“During last season’s injury, I’ve worked really hard off the field so I can be ready for the upcoming year.

“It’s an exciting time for everyone down here this year with a lot of new faces coming into the club.

“The club is looking to make big impact in this year’s comp and I’m honoured to be a part of it, with such a great bunch of players and staff.”