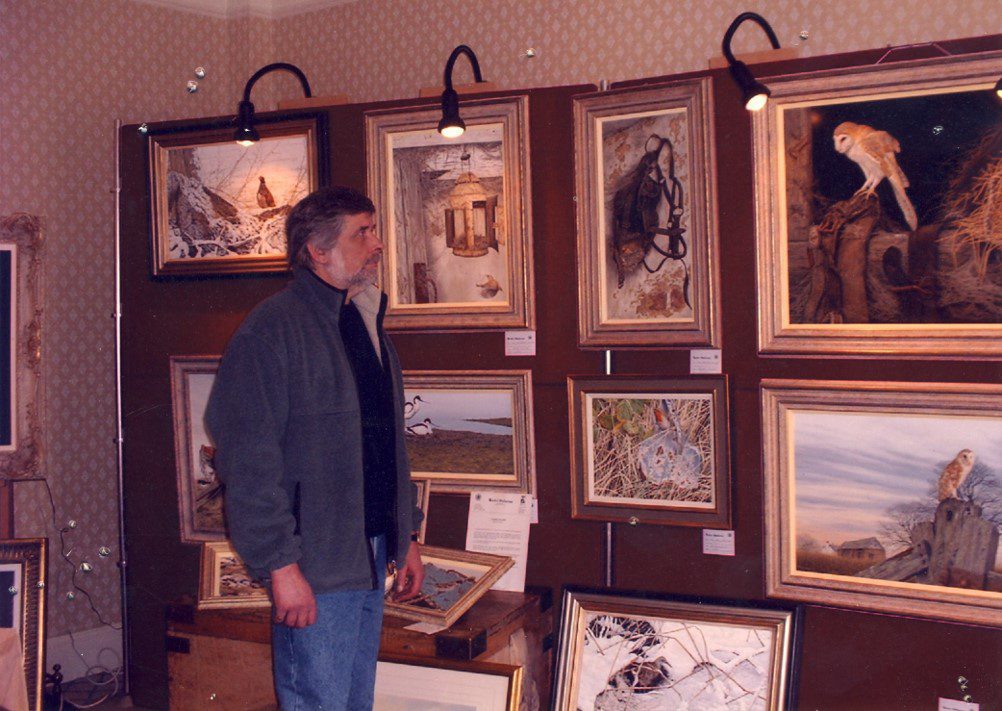 Jerry, sometimes known as Ed, was born in Leeds in 1948. His family owned a business making barrels and butter churns based on Hunslet Road. His grandfather, Walter Waide, was on the board of directors of Hunslet RLFC in the early 1900’s so there was only ever going to be one team for Jerry.

He was first taken to matches as a young boy by his father and brothers and continued his support of the club until his passing on the 6th April. He attended almost every home match before moving to Norfolk in 1998, however, he continued to follow his team online.  His wife Lynne commented “He was a quiet man of few words except when in your stands cheering his team and, at times, disagreeing loudly with the referee”!

As well as his love for Hunslet Jerry was a renowned Wildlife Artist and exhibited in galleries all around the country.

Jerry’s funeral takes place at Lawnswood Crematorium on Wednesday 4th May at 12.15.  It is family flowers only, which will be in our famous myrtle, white and flame colours, however, donations are welcome to Jerry’s favourite charity of the RSPB.

The Hunslet Family send our heartfelt condolences to Lynne and the family and we will be thinking of you all tomorrow.

So we shall again