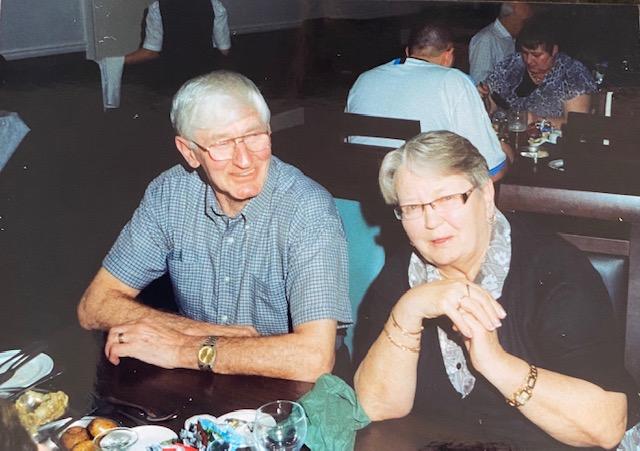 The sad news of the deaths of these two stalwarts of Hunslet came through this month. Rita (28  August 1938 – 9 July 2021)  and Eddie (died in March 2021) lived within a stone’s throw of the stadium and had been regulars at matches for as long as anyone can remember. Rita was a legend in her own right – at the final whistle she would stand above the tunnel and berate the referee, who often got called “a donkey.”  Then the away team would also get short shrift, especially any Rita deemed dirty players. Finally, praise was lavished on the Hunslet players. Rita wore her heart on her sleeve, whilst Eddie looked bemused in the background.

Maybe less well known was Rita’s after-match food for players, when all was forgiven in the room and all got a welcome. Stevo may have got an extra portion of the renowned food, but all got a smile, even the “donkey.”

Eddie’s funeral took place under covid restrictions, but Rita’s, also at Cottingley, saw family and friends gather to pay their respects last Friday, afterwards meeting in the Phoenix bar to exchange happy memories and to offer condolences to daughter Debbie and family.

The Club will be paying their respects to Rita and Eddie, and other members of the Hunslet Family we have lost over the last year, at the final home game of the season