Hunslet’s development drive boosted by the addition of Lee Robinson 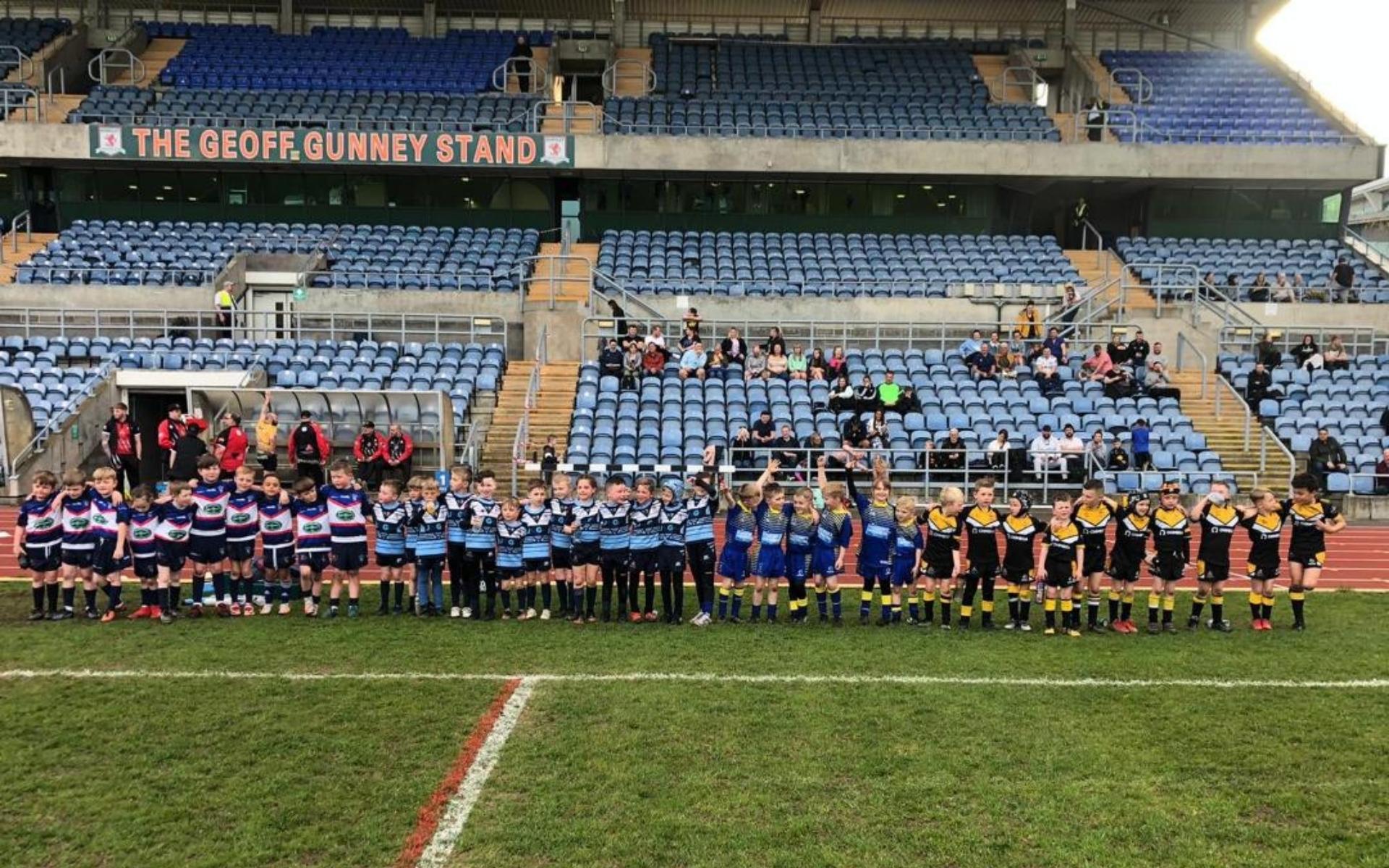 HUNSLET Foundation’s development team, which added Tyler Finister to its roster at the beginning of the month, has now recruited Lee Robinson to increasingly active group headed by manager Mikey Nuttall.

Robinson, who coaches Hunslet Warriors Under 7s and Under 11s, is taking the lead at junior festival curtain-raisers to Hunslet Rugby League club’s Betfred League 1 fixtures at the South Leeds Stadium this year – an initiative which was launched successfully at the Parksiders’ Good Friday game with Keighley Cougars, when Under 7s teams from Drighlington, Hunslet Warriors, Sharlston Rovers and Whinmoor Warriors took part. The players formed a guard of honour as Hunslet and Keighley emerged from the changing rooms, and several acted as ball-boys during the match itself, which was graced, after a six-year hiatus, by the legendary mascot Harry the Hawk.

Nuttall is overseeing the administration of each event.

The Hunslet Foundation, meanwhile, operated an Easter Camp at Beeston Broncos, which was funded by the Luke Gale `Kicking for Grassroots’ project. Much of the focus of the camp was healthy eating, in addition to physical activity, and 30 children – the maximum allowed – attended, all of whom were given medals and t-shirts. Similar camps will take place during the summer holidays and at Christmas.

Meanwhile, Nuttall and Finister were at Hunslet Warriors last Tuesday, helping coach the under 7s and, once again, handing out tops.