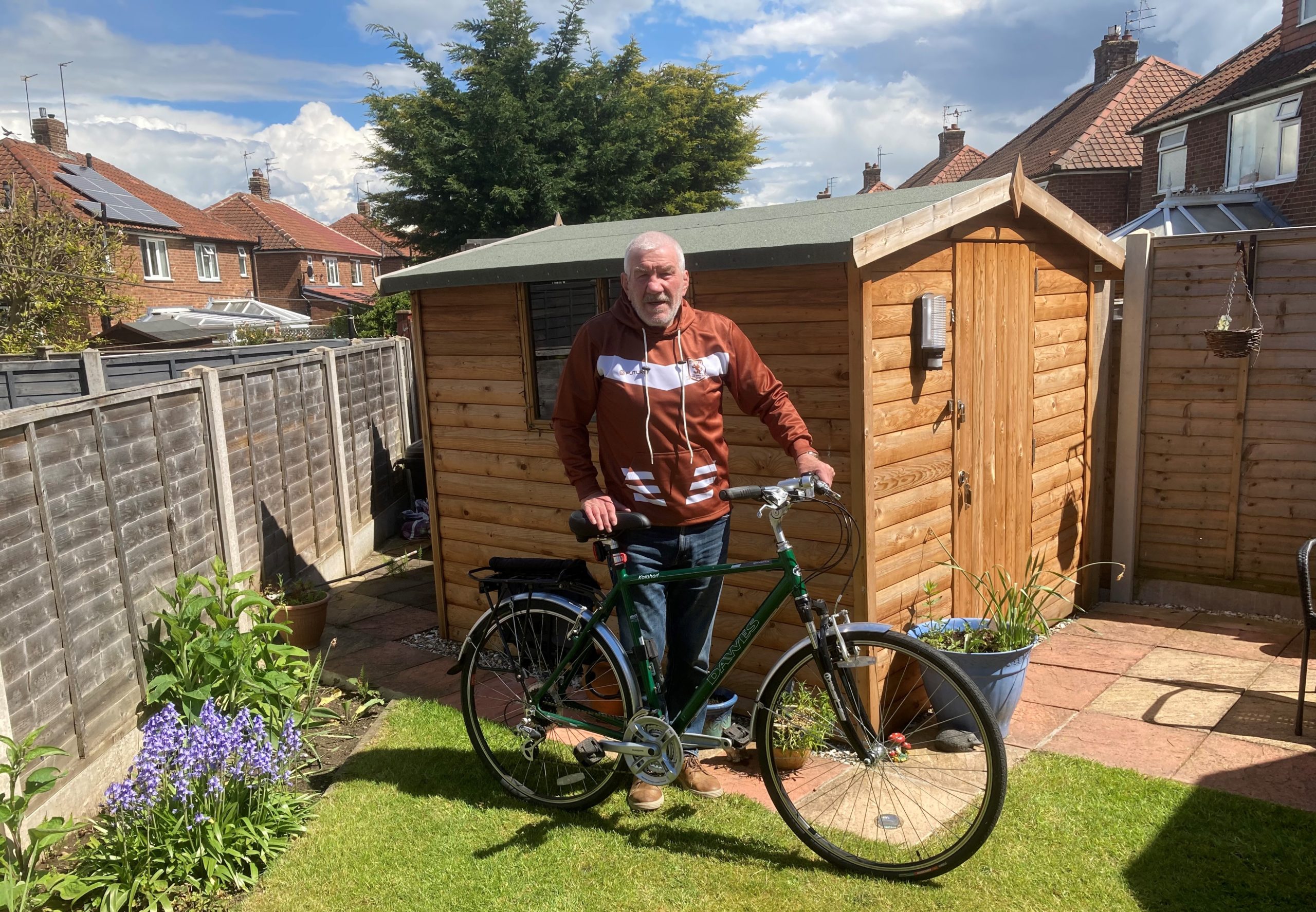 Hunslet Chairman Kenny Sykes is determined to be part of the Club’s fundraising efforts but felt the 20-mile run to Cougar Park may be pushing it a bit. So, he is getting on his bike.

“At my age it might be asking a bit much of my dickie hip to run there but I wanted to do my bit to raise funds for MND and SITraN and show support for Rob. The rugby league family have rallied for Rob because that is what we do.  He was inspirational as a player and is even more inspirational now, that is the measure of the man”.

The 71 year old went on “Motor neurone is a terrible disease and can strike anyone at any time. My old teammates “Grabsie” Wilson and Mark Burgess were struck down by it and it took the young son, Shaun, of Stuart Keane, another former Parksider and good friend. I’m proud of everyone for taking part in the event and grateful to those supporting us”.

If you would like to take part in either the 20-mile run to Keighley or 10k virtual run you can register here: Run for Rob Registration Now Open! – Hunslet RLFC

If you would like to sponsor Kenny and the team of runners please click: Run for Rob donation – Hunslet RLFC