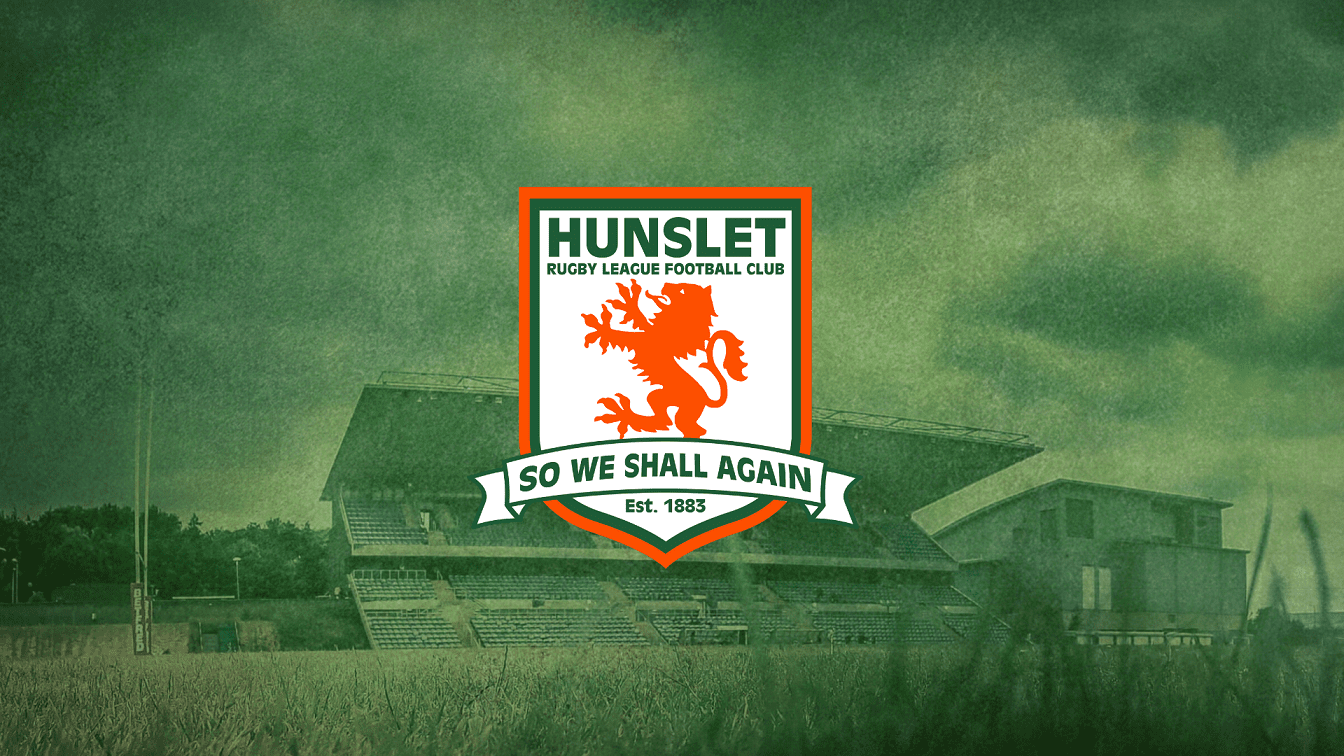 The last couple of weeks have been a testing time for everyone involved at the Club as we come to terms with the departure of GT and the resignation of Chairman Kenny Sykes. When such influential figures leave any club, concerns are obviously raised. There is no doubt both will be missed but this is part and parcel of sport and Hunslet will go on.

At a meeting held with senior players on Tuesday, board members explained the rationale for various decisions and provided a progress update on the appointment of the new coach.

Club Captain Duane Straugheir commented “All the boys were hurting as we felt it was us that had let GT down. The board explained the reasons for the decision and we agreed it is now time for us all, players, the board and supporters to unite and take the Club forward. We firmly believe this squad is still good enough to get promotion and if we all pull together we can make it happen”.

There has been much interest in the coaching position and interviews will take place early next week. This season is far from over and with the players, supporters and board pulling together we can still make the playoffs and gain promotion. 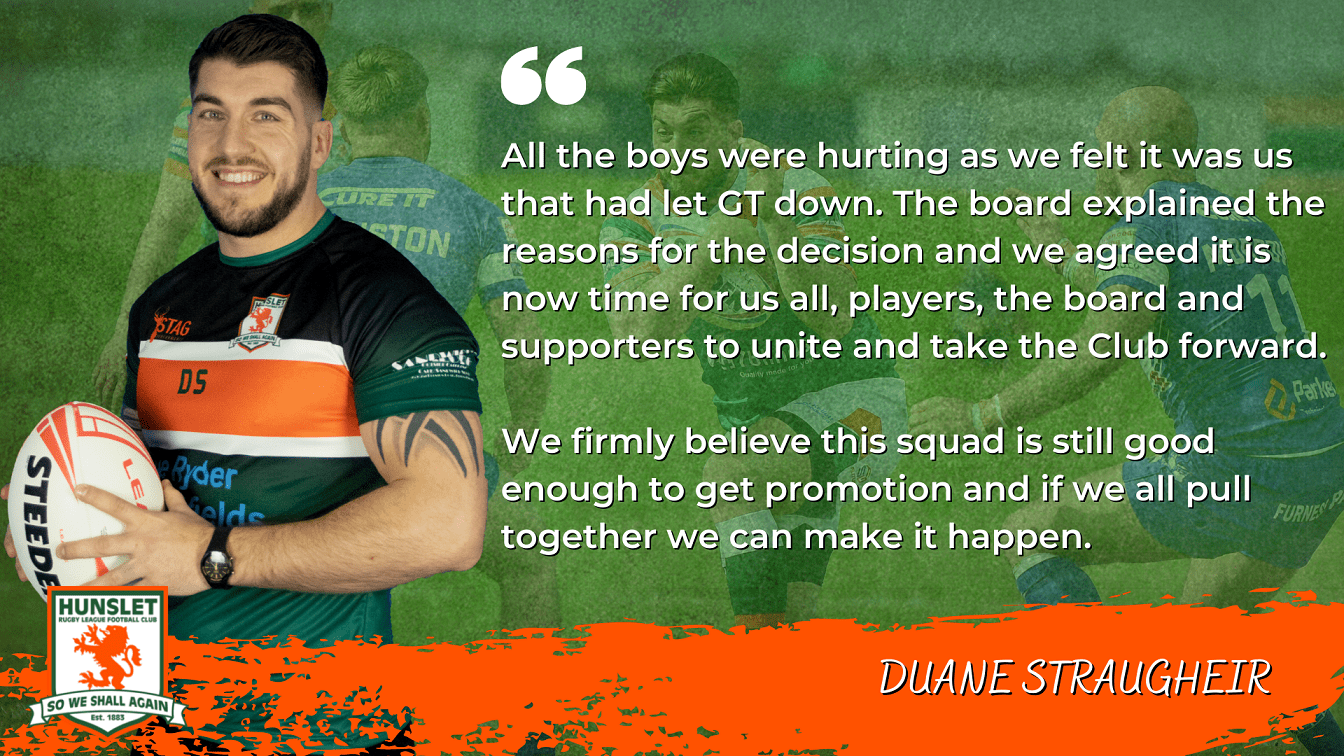