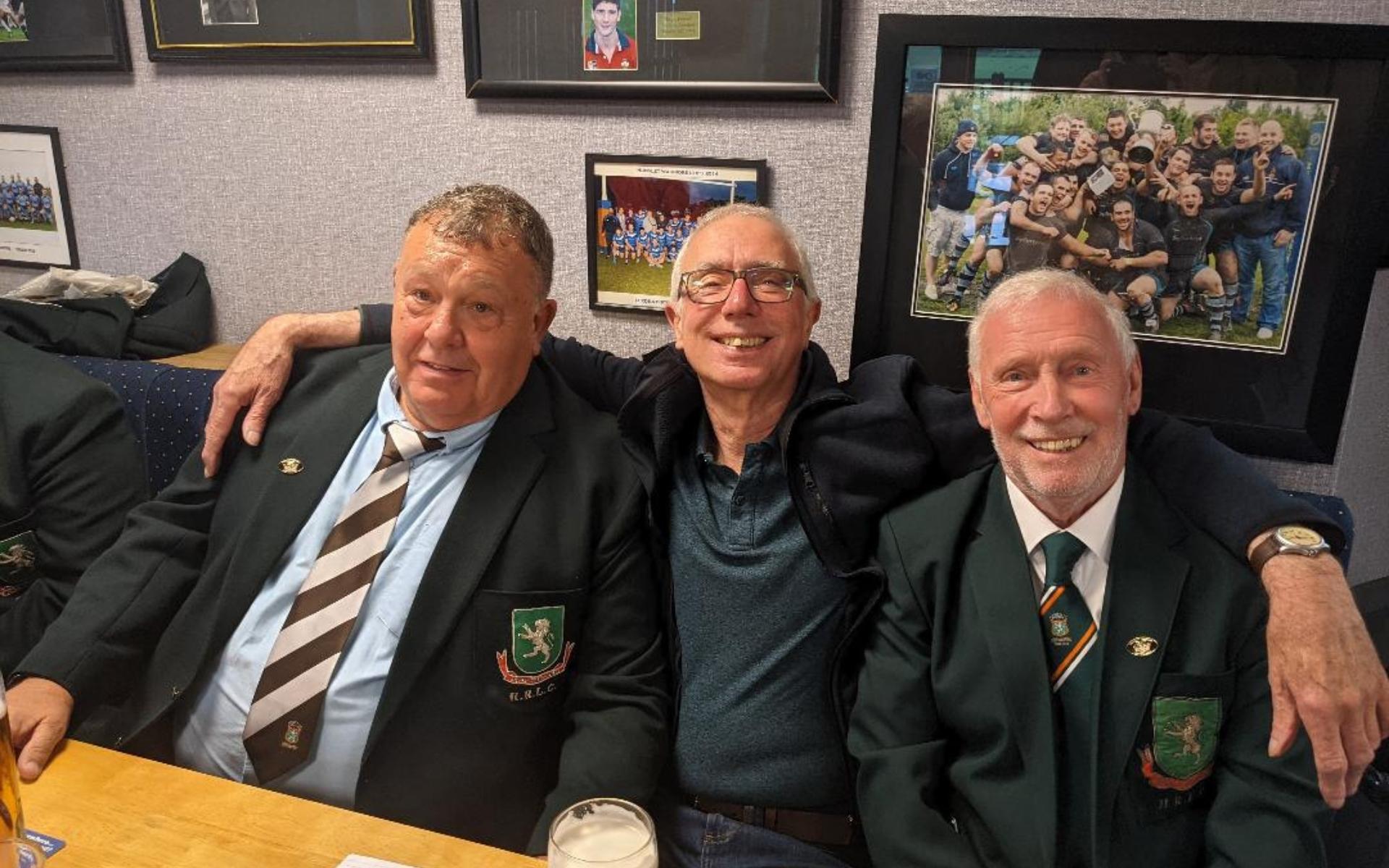 IT was a family affair in the aftermath of the Hunslet RL Ex-Parkside Former Players’ reunion earlier this month!

The reunion itself is arguably the most exclusive in world sport as only men who played for Hunslet at Parkside prior to the sale of the historic ground in 1973 are entitled to attend the annual event, which is held on the first Sunday of June at the Hilton, Leeds.

Traditionally, however, members repair afterwards to a local hostelry (latterly the Hunslet Warriors clubhouse) and it was there that two men who played in Hunslet’s last game at Parkside shared a pint with their cousin, Joseph Varley.

The two, Billy Adams and Cliff `Winker’ Watson, only realised that they are cousins at a recent reunion. Adams reveals: “We were sitting around having a good chinwag about old times when Joe came in. Our old team-mate Dave Mawson said, `Joe’s here, he’s Cliff’s cousin’ and I said `no he’s not, he’s my cousin.’ Then it all came to light – we’d played together for around three years and hadn’t realised we were related, albeit by marriage.”

It’s on the face of it a tangled family tree but, to briefly explain, Cliff’s and Joseph’s mothers were sisters, while Joseph’s mother Dolly – a real driving force in the family – was married to Joe senior, whose sister was Billy’s mother’s Elsie. Confusing, eh?

Billy (now 68) and Joseph (now 70) were very close growing up – Joseph’s mam, Dolly, was a real driving force in the family – while Cliff is a touch older at 75.

Although not `blood-related’ Cliff and Billy are `brothers’ in the sense that all ex-Hunslet players enjoy a strong bond and, with Joseph directly related to both, it really is a family affair.

And Joseph also has strong links to Rugby League. The former Hunslet Carr pupil recalls: “I played for Royal Park, the team had moved there from Crabtrees works team, then to the Meanwood pub (next to Bus Vale).” And, self-effacingly, he adds: “They tried to hide me on the wing. I came off one day and an old supporter said `you’re a good lad but I’ve seen better wings on a cabbage white.’ Blunt, but maybe true. But I enjoyed playing and afterwards I spent a while helping out at East Leeds, where I was the kitman when another former Hunslet player, Jack Richardson, was coach.”