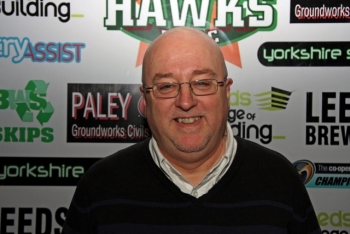 The new league structures recently announced by the RFL certainly offer an exciting future for the sport. The return of promotion and relegation will mean that there will be far more competitive games right through to the end of the season.

From 2015 that will move to 12 in Super League, 12 in the Championship and 14 in Championship 1 with that league being increased by the introduction of a new team who will be confirmed by the RFL in due course.

Super League and the Championship will each play a full season home and away.

At the end of the season Super League and the Championship will then be split into three groups of 8.

The top 8 will compete for the SL Grand Final as Now.

It really will be a case of “Every Minute Matters”!

To get us to that operating model the 2014 season is being billed as ” The Transitional Year”.

How will this work?

Firstly, at the end of this season teams finishing 13th and 14th in Super League will be automatically relegated to the Championship.

Secondly, teams finishing 10th to 14th in the Championship will be automatically relegated to Championship 1.

So what does that mean for us at Hunslet?

Make no mistake this is a fabulous opportunity for us but there are a number of other Clubs in Championship 1 this season who will be thinking exactly the same. This will be an exciting and competitive league but we feel we have gathered a squad that gives us every chance of achieving our goal. Nonetheless we will need to be at our very best every week and there will certainly be no easy games. This will be a very tough competition to win.

As a Board our medium term goal is to secure promotion to the Championship and establish ourselves as a solid competitive side in that league. This will be supported off field with continued hard work to:

Strengthen our links with the local community

Stability through a long term lease

Of course a key factor in all of this is that you as our fans buy into this vision and help us to achieve it. The best way to do that is to continue to attend regularly, bring along your friends and family and spread the word that Hunslet is the place to be. Don’t forget our recently launched membership packages which also allow you to support the Club financially whilst receiving a wide range of benefits in return. There are packages to suit all pockets so I’d urge you to consider them.

It’s exciting times ahead, so let’s take this journey together.