Harry & Frank – An afternoon of nostalgia 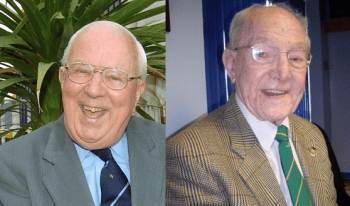 This is an open invitation to a celebration of the lives of two Hunslet legends. Harry Jepson OBE & Frank “Shanks” Watson.

On Wednesday 05th October 2016 at noon in the Phoenix Lounge at South Leeds Stadium. It will be a Hunslet farewell to two old Hunslet friends to be held here at Hunslet.

If you attended any Hunslet school or were taught by Harry, played for the Hunslet supporter teams or the Hunslet community teams, if you are family or friends of Harry or Frank, you are all included in this open invitation.

Attending will be special guests who will be reminiscing and sharing their memories of the two greats of Hunslet. Rugby League memorabilia will be on show and the bar will be open plus in true Hunslet hospitality FREE pie & peas will be on offer.