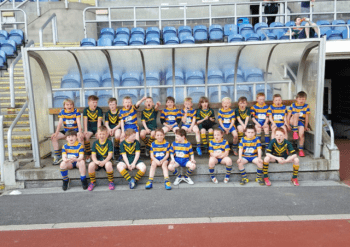 Both teams arrived at the John Charles Stadium for 12:30pm. Between both clubs there was an attendance of 57, with a close split between adults and juniors.

The day was excellent, both teams produced some fantastic skills. In total with pre match and half time they played a total of 50 minutes.

The day was very warm but that didn’t stop them from putting a lot of effort into the games. Coaches from both teams were great and the feedback we got from all involved at both clubs was very good. They all left wanting to be involved again in future curtain raisers.