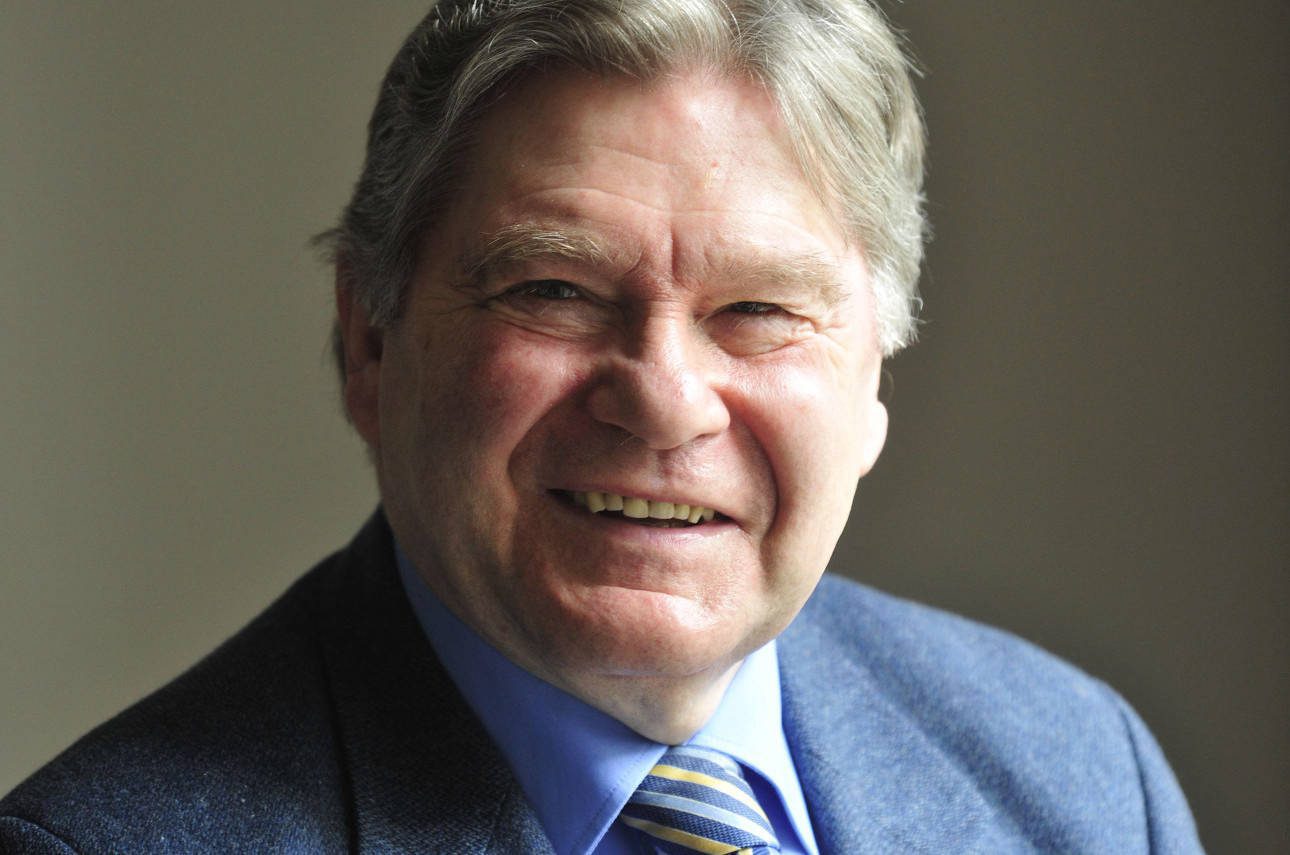 Kenny Sykes has added to the many tributes paid to David Oxley CBE, the Secretary, Chief Executive and President of the Rugby Football League, who has died at the age of 85.

David was an honorary member of the Hunslet Ex-Parkside Former Players’ Association – arguably the most exclusive in sport, as membership is restricted to men who played for Hunslet prior to the sale of the Parkside ground in 1973, or to guest speakers at the yearly reunion – and regularly attended the early-June get-together.

Sykes, who is President of the Association, said: “David always really enjoyed our annual reunion, and it was very apparent that he totally understood and valued the importance of what is a unique organisation.

“He was equally happy rubbing shoulders with fellow administrators (such as Harry Jepson OBE – prior to Kenny Eyre, one of my predecessors as President – Roland Davis and Gary Hetherington) as he was with the many players who were and are proud to have represented Hunslet. He will be sadly missed.”

A statement by the Rugby Football League read: “David joined the RFL in 1974, when the sport was at a low ebb, and led its modernisation and transformation before leaving in 1992 at the compulsory retirement age of 55.

“He remained closely involved, and was appointed to the ceremonial role of President for 2013-14, a period which included the 2013 Rugby League World Cup.

“Simon Johnson, the RFL Chair, said: `David Oxley was a hugely significant off-field figure in the history of the Rugby Football League and the sport of Rugby League in this country, and as Chair of the RFL I send deepest condolences to his family and many friends, inside and outside the sport.

“`It is a remarkable tribute to David’s personality that despite holding the position of Chief Executive for a long period, and taking many tough and important decisions, he remained such a popular and respected man – and also an outstanding ambassador for Rugby League in the corridors of power.

“`All now involved with the RFL recognise our debt to those who have gone before us, and David Oxley will always be remembered for his contribution to the sport.’

“`The shock appointment as RFL Secretary of public school deputy headmaster David Oxley did just that. A native of Hull and closet supporter of Hull KR, Oxley beat off the challenge of fellow applicants with illustrious Rugby League administrative/playing/coaching profiles. Oxley turned the tide of pessimism within and outside the game with a natural intelligence, charm and determination which became his trademark. He cast aside longstanding prejudices and provided his full backing to the emergence of BARLA, led by Tom Keaveney and Maurice Oldroyd, and the advancement of the National Coaching Scheme under Laurie Gant and Albert Fearnley. This support for the roots of the game became a cornerstone of a new positive era.

“`Oxley provided support for new marketing initiatives in television, sponsorship, press relations and big match events, catapulting Rugby League out of the doldrums into an era of commercial and participation expansion. He became the ambassador for the 13-a-side code at home and abroad, casting aside parochialism to introduce the sport to the London-based sporting authorities and give the UK a much-needed voice on the RL International Board. Serving the headquarters at Chapeltown Road, Leeds, for 18 years Oxley was the last of the long-serving RFL bosses, following the likes of John Wilson and Bill Fallowfield.

“`Honoured by the Queen, Oxley in recent years has continued his support for the University game and cared for his wife Bridget at their Harrogate home. On a personal note, I am proud and privileged to have joined the RFL in late 1974 as first-ever Public Relations Officer and become a partner of The Two Davids during nearly two decades of revitalisation with the support of the clubs, the fans, the media and the amateur ranks’.”