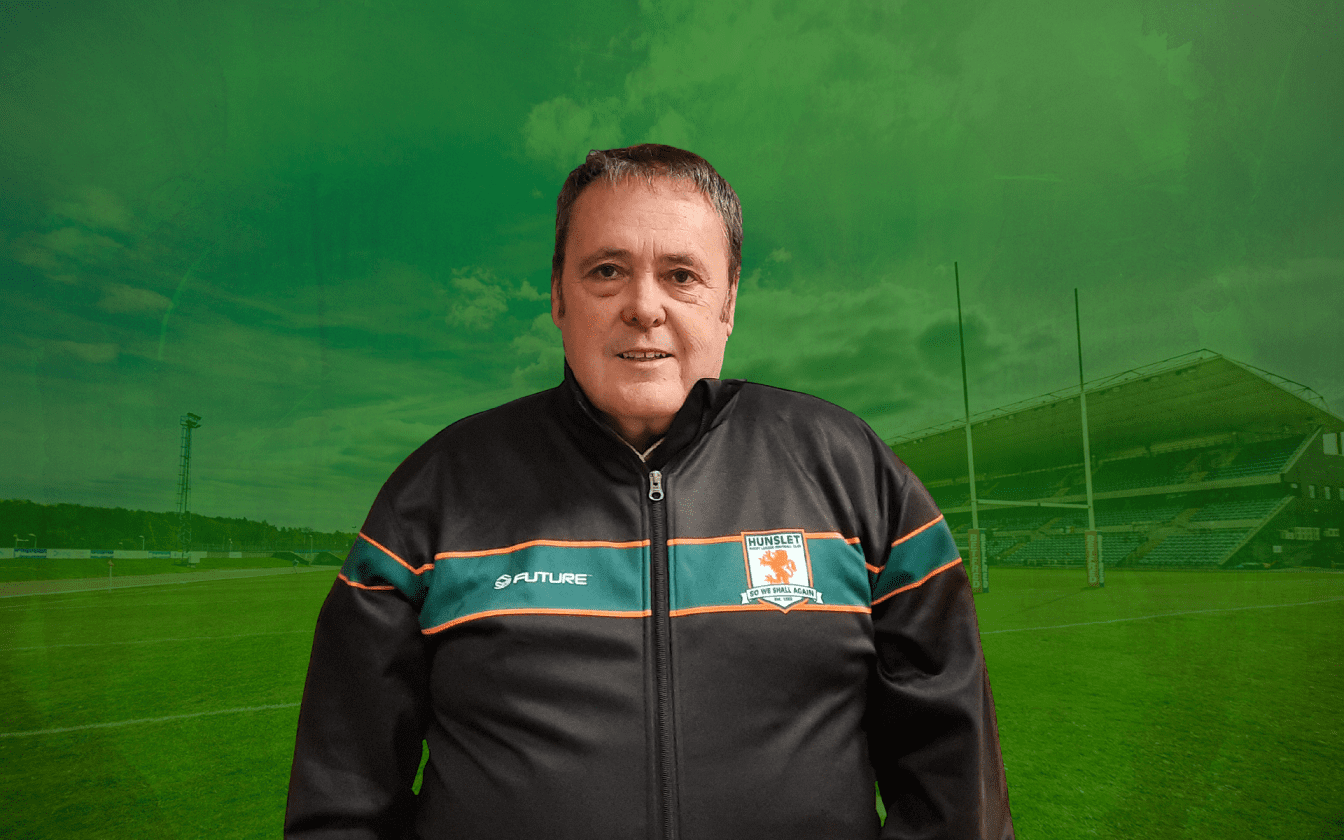 HUNSLET Rugby League club’s board has been further strengthened by the addition of Phil Robinson as Operations Director.

Robinson, who was elected unopposed in this years election process – when Fiona Galloway was confirmed as Vice Chair and Neil Hampshire and Peter Jarvis were re-elected unopposed as, respectively, Strategy & Planning Director, and Community, Bars & Hospitality Director – succeeds Ian Johnson, who is resigning because of increasing demands involving his busy restaurant in Shipley. Johnson will, however, continue to be present at matches at the South Leeds Stadium for some time yet, with Robinson ‘tracking’ him to ensure a seamless transition.

It’s a labour of love for Phil Robinson, who is heavily involved at amateur outfit Stanley Rangers, and who is back at Hunslet after having stepped down as Finance Director a decade or so ago because of his work commitments as General Manager at Jewson Civils, whose Leeds branch is close to Middleton Railway.

He first started following the club when he met his wife Lynn, who is a lifelong supporter, back in 1999. Lynn and Phil have watched the Parksiders home and away ever since and Lynn often helps out behind the scenes, including on match days and, often, on Mondays.

Phil, who initially joined the board in 2011 at the behest of the persuasive then-chairman Neil Hampshire, brings qualities honed as general manager at builders’ merchants Jewson Civils – which involves, for the Hunslet branch, supplying goods and equipment for such as emergency work on motorways, schools, hospitals and flood defences – to the Parksiders’ cause. “It’s about ensuring that everyone is working to the same objectives,” he says. “I’m sure that if any of the supervisors I’m responsible for at Jewson Civils were to be asked what our objectives are, they’d give the same answer. That’s exactly how it is with Hunslet and my responsibility, certainly in terms of matchday operations, is that that remains the case. It’s essentially about delegating efficiently, about `putting eggs in the right rows’.

“I’ll be shadowing Ian – who is enormously supportive – for a while, picking up on the many duties he’s been responsible for and learning from him. I thoroughly enjoyed the experience at last Sunday’s home game with Oldham, and I’m looking forward to getting stuck into the role and working closely with Leeds City Council, as owners of the South Leeds Stadium. And I’m also keen to attract more supporters to our home matches. We all know that the entertainment value provided by our head coach Alan Kilshaw and his squad is very high, and that action in Betfred League 1 is just as compelling as anything Super League has to offer. My message is that people in the area can get down to watch us on Sunday afternoons in the certain knowledge that they’ll be entertained; and I can confidently say the same to those who support Super League teams, who tend to play mainly on Thursdays, Fridays and Saturdays. Sunday Rugby League at the South Leeds Stadium is a great and thoroughly enjoyable experience.”