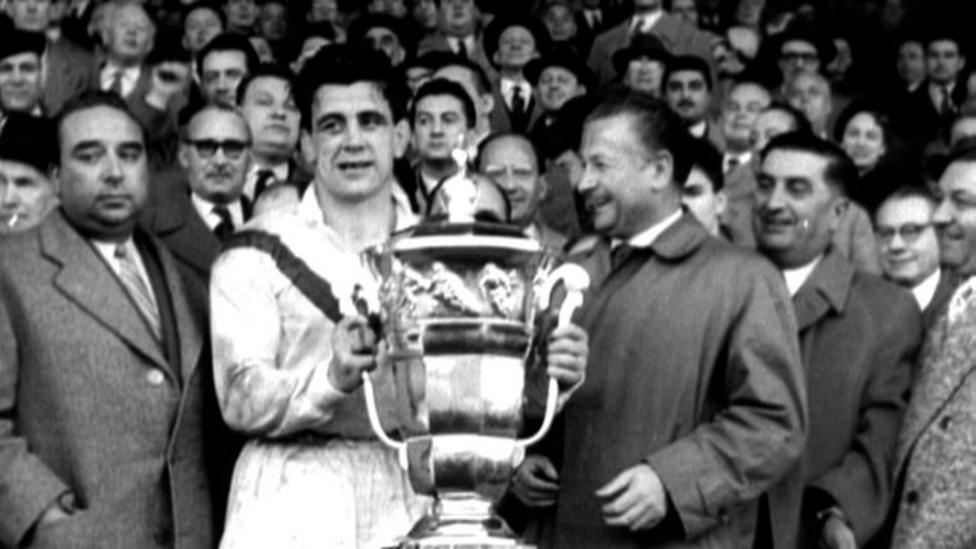 GREAT BRITAIN won two of the first three Rugby League World Cup competitions, and were runners-up in the other. And the Hunslet club was represented on each occasion.

The Parksiders’ hooker Sam Smith was on centre stage when, in 1954, the World Cup made its debut.

Smith, who at over 6ft tall was reckoned to be the tallest no 9 in the domestic game, played in all four of Great Britain’s matches, none of which were lost.

New Zealand were seen off 26-6 at Bordeaux, with 14,000 watching, ensuring that Great Britain would appear in the inaugural final. And Scotsman Dave Valentine of Huddersfield became the first man to captain a British team to a World Cup success in a major sport when he lifted the Jean Galia Trophy aloft following a 16-12 win over France in the decider, before a 30,368 Paris crowd.

Three years later, the competition was hosted by Australia and the legendary Geoff Gunney, who had withdrawn from the 1954 event after initial inclusion, was the Parksiders’ sole playing representative, although Hunslet director Hector Rawson was manager alongside RFL Secretary Bill Fallowfield.

Great Britain were runners-up on that trip, coming second – ahead of France and New Zealand, who had similarly won just one of their three games – on points’ difference. Australia took the trophy having topped the standings with a 100 per cent record.

Gunney was in the second row when France were beaten 23-5 at the Sydney Cricket Ground in the competition opener, but missed out against Australia, who prevailed 31-6. And, brought back for the final game, Gunney was unable to prevent a 29-21 defeat at the hands of New Zealand.

In 1960, however, Great Britain retrieved the trophy, this time on home soil. Hunslet were represented by back-row man Brian Shaw who helped the host country win all three of its matches, including what was effectively a World Cup Final against Australia, who were beaten 10-3 at Odsal, Bradford, before 32,600.

Shaw wasn’t in the side for the first game, when New Zealand were seen off 23-8 at Odsal, Bradford.       Selected for the second game, however, he was influential in a 33-7 stroll over France at Swinton. And he was in the line-up for the `decider’ against the Kangaroos at Odsal.