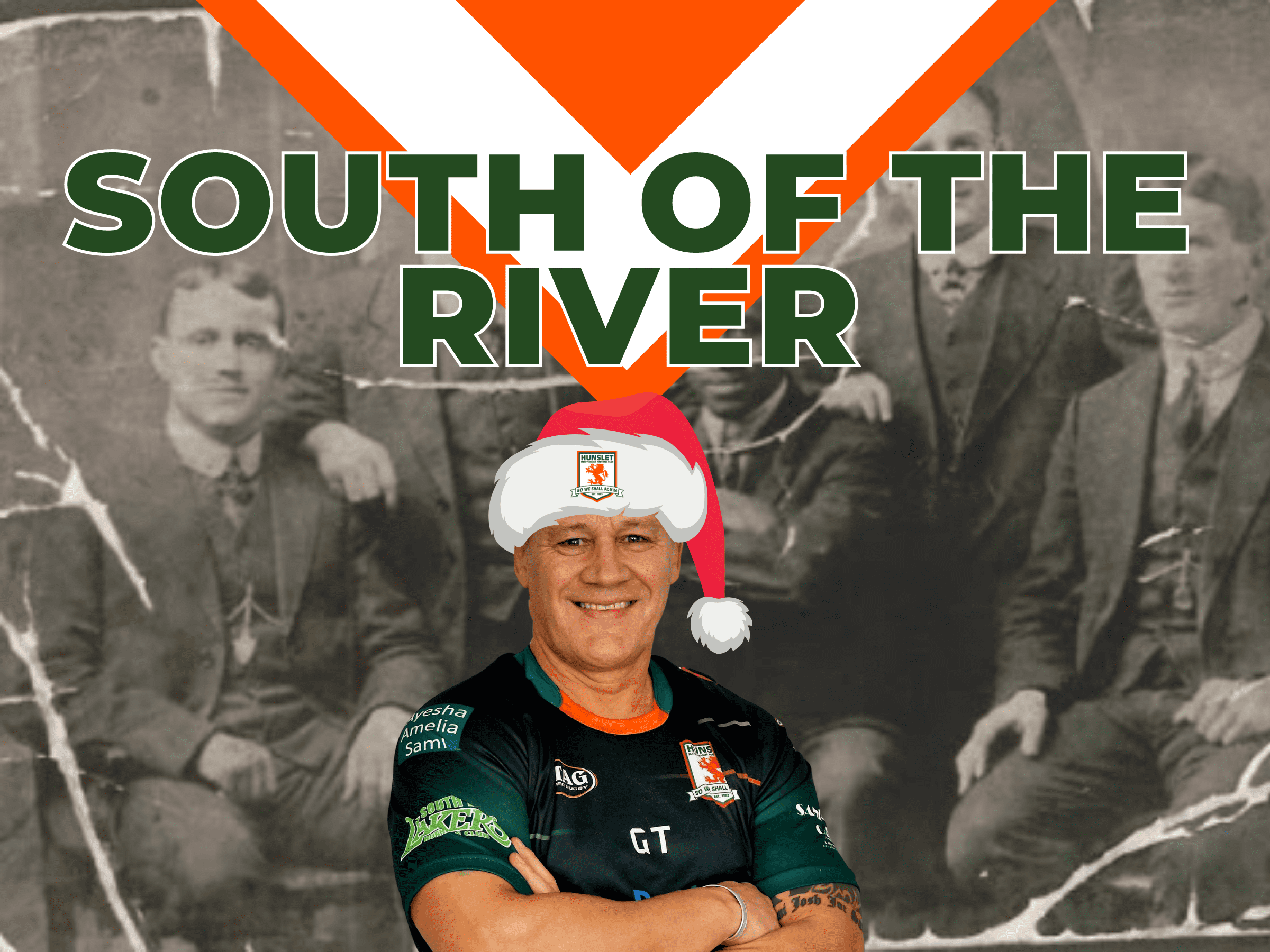 South of the River (the monthly on-line magazine that focuses on Hunslet RLFC and grassroots Rugby League in south Leeds) is now FREE to all Rugby League fans for the next twelve months – thanks to the Hunslet Rugby Foundation and the National Heritage Lottery, which is kindly funding production until the end of 2021.

The December 2020 issue, which is now available for viewing, celebrates Hunslet’s proud record of having paved the way in Rugby League on very many occasions, not least being the first professional club to field a black player when American Lucius Banks signed for the Parksiders in 1912.

The long list of ground-breaking achievements and initiatives also includes being the first team to win `All Four Cups’, the first to appoint a coach, and very probably the first football club of any code to have, in the famous “We’ve Swept the Seas before Boy”, its own `war song’.

South of the River is, from this month, also showcasing the tremendous work the club’s heritage team has done over the past five years – as part of the Hunslet Heroes project – in identifying and allocating a heritage number to every man who has played for the south Leeds outfit since Hunslet were formed in 1883.

Martin Flynn was instrumental in delivering the project. Flynn, who left the club a couple of years ago, said: “When looking at Rugby League it is important to consider the origins of the game and the people who made it.

“Hunslet has always been proud of its working-class roots, a club that prided itself on being run by, and watched by, working men.

“Roll forward to 2020 and working women are now very much part of that story; none more so than the fantastic Pat Benatmane, who played a big role in bringing the Hunslet Heroes to life with her research into Hunslet players’ contribution to World War 1.

“Special thanks are also due to Steve Calline, who is like a walking encyclopaedia of all things Hunslet Rugby League, in fact we owe a debt of gratitude to everyone who has contributed to the project.”

In addition to heritage articles, South of the River gives updates each month on what is happening at Hunslet – who were top of Betfred League 1 when the Covid-19 lockdown struck in March – with columns by Chairman Kenny Sykes and Head Coach Gary Thornton, plus player interviews and a regular article on schools rugby by Steve Boothroyd.

A countdown to the 2021 World Cup in the current issue includes profiles of the Parksiders’ Jamaican contingent, and an interview with England Wheelchair star Nathan Collins.

Steve Calline, meanwhile, launches a series in which he traces and assesses every signing Hunslet – who were for many years major `players’ in the Valleys – have made from the talent supply of Welsh rugby union, while Pat Benatmane gives an intriguing insight into how injuries were treated in the 19th century. And Ken Bond reflects on the fine Hunslet Schools sides of the 1970s.

There are, in addition, articles on the amateur game in South Leeds – and Hunslet offer a warm welcome to the `Three Marketeers’, the Parksiders’ newly-appointed marketing team from Leeds Beckett University.

South of the River, which this month comprises a bumper 48 pages, can be viewed by visiting https://hunslet.mysportsonline.uk/magazine/